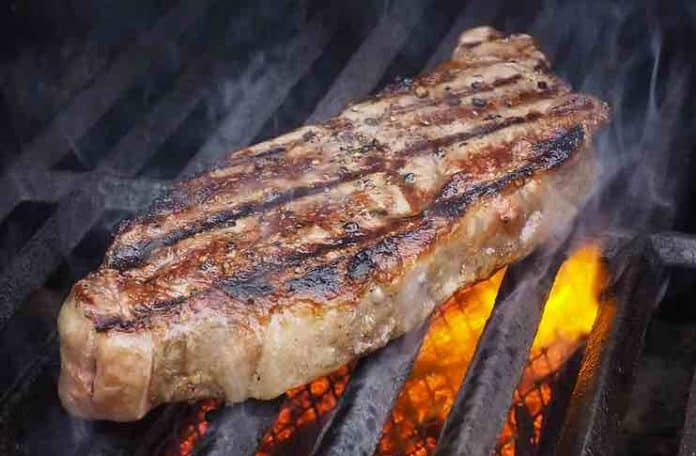 Planning a trip to the UK? Well, when it comes to food, you’ll never run out of options when you’re in the United Kingdom. This country is known to serve some of the best dishes in the world – from Sunday Roasts, Haggis (traditional Scottish dish made from the stomach of a sheep) to the British Banger (sausages made from fresh meat flavored with different herbs and spices). Of course, the UK would never be complete without its “full English” breakfast.

The popularity of these dishes can translate how British people love their meat. In fact, according to the British Meat Processors Association, over 94% of people in the UK eat meat regularly. These numbers show how the British population is dependent on meat for their health and nutrition.

Here are some of the most popular meat eaten in the UK:

Beef is the most preferred choice among British people. When preparing the Sunday Roast, the British would opt to use beef for their roast. This is a traditional British meal that consists of meat, potatoes, and other side dishes. It’s typically served on a Sunday.

Most of the dishes from British cuisine use beef as its main ingredient. Beef Wellington, for example, is an English dish that originated from 1939 and is still being cooked and served up to this day. This dish is made by coating a thick slice of beef with pâté (a paste made from forcemeat, such as liver and ground meat) and then wrapped with parma ham and baked.

Aside from Morton’s Traditional Taste, beef wellington made from whole beef tenderloin can cater to large groups of people. Instead of slicing the meat before baking it, you can choose to bake the entire tenderloin and then slice it afterward for individual servings.

Beef is also used in other English dishes, namely steak pie, steak and kidney pudding, and Scouse. From appetizers to desserts, beef is a staple in almost all English dishes!

When it comes to the younger British population (18-24 years old), chicken is their top choice. The affordability and convenience of preparing chicken dishes might have influenced the younger generation to make this choice. But the reasons to choose chicken doesn’t end there. This white meat also contains a lot of health benefits.

Chicken is rich in protein that can boost the body’s ability to grow and develop lean muscles. Protein from chicken can also aid in weight loss, making it easier for anyone to maintain healthy body weight. Chicken is also good for the heart and works as a natural antidepressant.

As the number of body-conscious teens is increasing, so does the demand for chicken in the UK.

Just like beef, English cuisine also boasts of dishes that primarily use chicken. If you want to live like the British and reward your body with the health benefits of chicken, try out some chicken soup recipes.

A traditional cock-a-Leekie soup recipe can do wonders if you’re feeling under the weather. Aside from chicken, this recipe will only require you to use some leeks, grain rice, carrots, and some spices. This dish is cheap and can be prepared in less than an hour.

For variety, you can also prepare some spicy chicken (Coronation Chicken and Chicken Tikka Masala are some British favorites) or chicken pie recipes.

Beef and chicken aren’t only the only meat available in the UK. Lamb is another meat that’s well-loved by the British people. In fact, individuals aged 50 to 64 prefer lamb over beef and chicken.

The older British population might’ve made this choice because lamb contains nutrients that are essential to a healthy diet. The bodies of seniors and older adults start to weaken as they age, and the vitamins and minerals from lamb meat can compensate for their nutritional deficiency.

For a modern twist to the classic Sunday Roast, prepare a roasted leg of lamb with honeycomb and minted Jersey Royals. Aside from using another piece of meat, this recipe provides a sweet finish to a traditional savory dish.

Go On A Meat Adventure

If you’re planning to visit the UK, take the time to try out their meat dishes. Do some research on the dishes that are well-loved by the locals or ask for recommendations from the locals once you arrive in the country. Depending on your taste buds, you may either find these dishes appetizing, interesting, or weird.

But, regardless of how your experience turns out, your food adventures in the UK will surely be one for the books!

If you plan to shoot delicious photos of your meat dishes and are not satisfied with the quality of your mobile phone’s camera, you can check out one of these cameras for food photography – at affordable prices.

Travel Tip: 5 Places to Get Great Coffee and Sandwiches in...