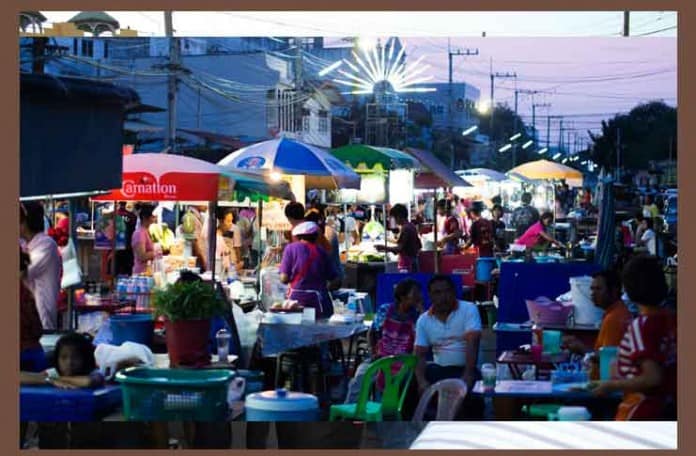 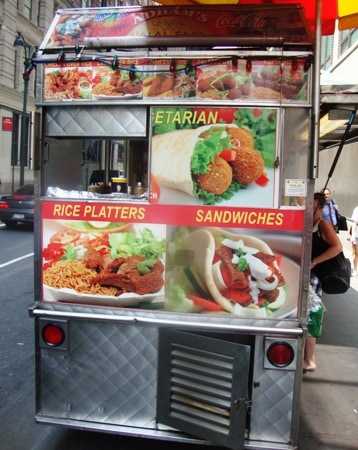 I needed to be near Herald Square for lunch today, and happened to see Adham’s halal cart on the north side of 35th St just west of 6th Ave.

I can’t remember where I  I saw that name before, but I do remember someone recommending Adham’s cart.  I didn’t have a lot of time today, and Adham’s was right there, so I ordered a chicken over rice platter for $5. 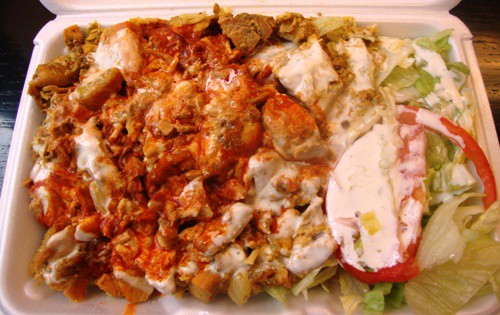 As Adham was cooking the chicken, he squirted something on it that looked like water or light oil with some seasonings in it.  This helped keep the chicken moist, and added some extra flavor to the chicken, which already had a spice rub on it.

Adham offered two types of rice, regular or spicy.  Guess which one I asked for?  Spicy of course. He really loaded up the container with rice, then chicken which he had just chopped up.  I asked for white sauce and extra hot sauce.

The food itself was decent.  The chicken was a mix of white and dark meat, and there wasn’t any funky stuff in it like cartilage or bones. The white sauce was pretty standard, but the hot sauce had a nice kick to it.  Maybe it was because I ordered extra hot sauce, but this was some hot stuff!

The rice was cooked well too.  It wasn’t overcooked, and there were lots of spices, including some whole cloves.

Today’s Lunch of chicken over rice from Adham’s cart was pretty good.  He packed a lot of food and a lot of heat into my lunch, and at $5, the price is right.  The person in front of me got chicken on pita, which also had lots of chicken, and that was only $4.

Adham’s cart looks like most of the other halal carts, but there is a sign with his name on the side.  I wouldn’t expect to see Adham’s at the Vendy Awards, but if you’re in the Herald Square area, this is an inexpensive, decent food cart for lunch. 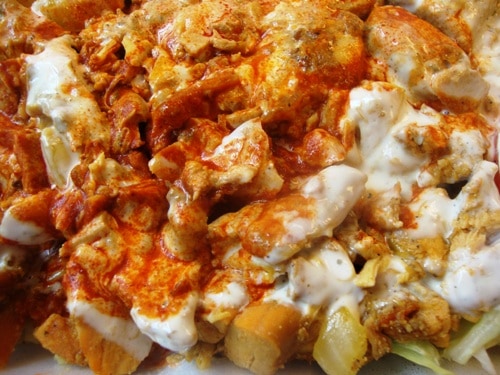