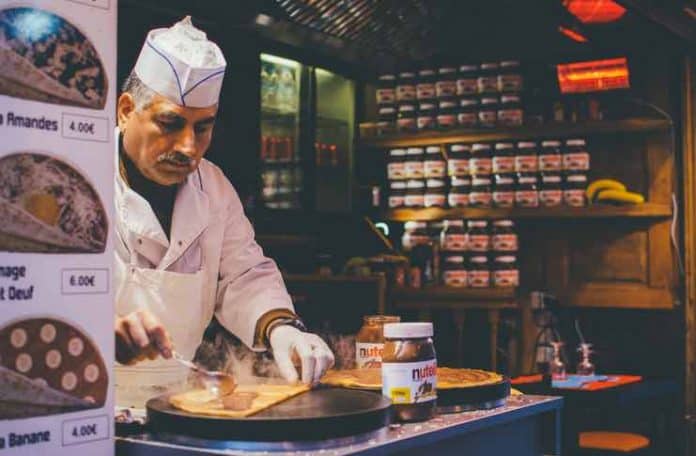 It may seem like a new thing, but street food actually existed as far back as in ancient Greece. Of course, it wasn’t the same as it is today, but the concept was similar. Street vendors have been present ever since, but it wasn’t until the development of globalization that it became a thing.

Street food is a trend that has been growing for some time now, and it doesn’t look like it’s fading away. It’s the perfect solution for people who want to try several different things without spending too much money; it’s no wonder that it’s especially popular among tourists. Many of them build their trips around food, visiting some of the best cities known for their unique street food as they let you taste a little bit of everything a local cuisine has to offer.

But it’s not only about appetizers, meats, soups, and dinners – you can also try some fantastic desserts. And where there are desserts, there’s a lot of chocolate. And here’s our list of what is worth tasting after you have eaten your pasta, sandwich or a burger, or in other words – the chocolate street food list:

They originated from France, where presently, you can find them basically everywhere, on every market and every corner. They managed to spread around the world – maybe because they are so easy to make and truly delicious. Sometimes called pancakes, they can be filled with whatever you like, but the most popular choice is chocolate. There are even food carts with chocolate fountains for you to dip your crepes and fruits in.

They come from Italy but were brought to France in the 16th century, and it was the French who made them widely-known; that’s why they are often called the French macaroons. Macarons are the favorite cookie of American people who eat them in multiple flavors and with many different fillings. But, according to the market experts from Santa Barbara Chocolate, chocolate macarons are the absolute favorite. So the next time you grab a cup of coffee on the street and you crave something sweet, get some chocolate macarons – you will be delighted.

Long and fragrant, made of deep-fried yeast dough, crispy, crunchy, and extremely sugary, churros have been on the top of the list of people’s favorite street snacks for a while now. They were invented in Spain as food for shepherds because they could be easily cooked in a pan over a fire. They may not be chocolate themselves, but there’s no better combo than a couple of churros poured over with hot melted Belgian chocolate.

The whole world has fallen in love with Belgian waffles – it’s a fact. Crispy on the outside, but soft and delightful as heaven itself on the inside, they are trending on the streets all around the globe. Chocolate waffles are especially popular, but you can get a regular one and pour some melted chocolate all over it. No judging. Everybody does that. 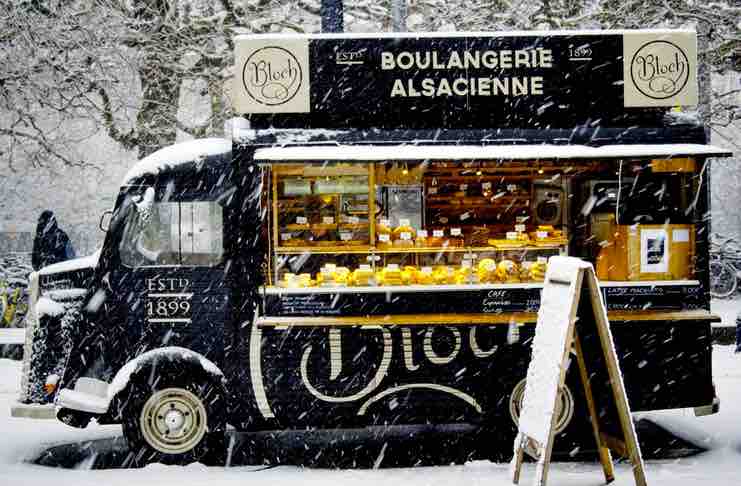 It may sound mysterious, but it’s nothing that you haven’t encountered before. Paleta means simply a small stick in Mexican Spanish and that’s how they call ice cream on a stick. The Mexicans were the first to think about this convenient way to eat ice cream, but now, all over the world, ice cream makers have transformed it into art. You can get all kinds of flavors, from the simplest to the most exotic, but there’s nothing quite like chocolate ice cream, right?

Cannolis are Italian pastries that come from Sicily. These are shells of fried pastry dough filled with a creamy filling. However, what has been conquering the world lately, are chocolate cannolis that are a little bit different from the traditional ones. Still crispy outsides, creamy and melted insides, not enriched with chocolate. And, as we all know, chocolate makes everything better, right?

We already know that street food has already been a thing in ancient Greece, but so were street desserts. Loukoumades are made of deep-fried dough and small enough to eat in one bite. Many people claim them to be original doughnuts. They were reportedly served during the original Olympics and mentioned by Aristotle himself. Now they are often served with chocolate, either filled or topped with it.

Éclairs are made with choux pastry, long-shaped, and topped with chocolate, baked until they are crispy on the outside and hollow on the inside, then filled with cream or vanilla-, coffee- or chocolate-flavored custard – is there anything in the world that sounds more perfect? It’s believed that they were created in the 19th century by the French Royalty’s pastry chef, and since then, they have conquered France, Europe, and the whole world.

Is your mouth watering already? Who wouldn’t get hungry after having read about all these delicious desserts? And the best thing is that, since it’s all street food, it’s also no luxury to eat it. As long as you are able to keep your sugar level stable, you will be fine. The world is yours to eat it.

Get A FREE Wafel On Black Friday from Wafels & Dinges