Home Vendy Awards The 2013 Vendy Cup Finalists Have Been Announced! 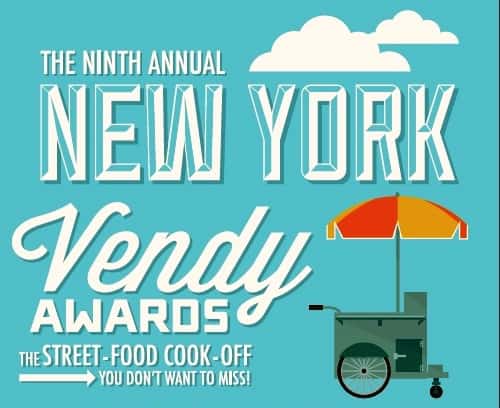 The finalists have just been announced for the 2013 Vendy Cup!

The winner will be crowned as the Best Street Food Vendor in NYC.

Vendy Cup Winners are not eligible to compete in the Vendy Awards again, but the People’s Choice Winner is (hint, hint).

In alphabetical order, this year’s Vendy Cup Finalists are:

Cinnamon Snail – These 3-time Vendy Awards veterans, who previously competed for Rookie of the Year (2010), Best of NJ (2011) and the Vendy Cup (2012, where they won the People’s Choice Award) have taken vegan cuisine into previously uncharted territory. Bold, spicy flavors in their savory offerings, and amazing baked goods, give them as good a chance as anyone else at capturing the elusive Vendy Cup this year.

King Souvlaki – We have not been to King Souvlaki of Astoria, a Greek-street food truck. “Grilling fast and grilling good” is the name of the game at this meat-on-a-stick street food stop. Our friend Street Grub Steve visited King Souvlaki earlier this summer, and you can read his review here.

Luke’s Lobster – A perennial NYC favorite, Luke’s not only has amazing lobster rolls, but they also serve shrimp rolls and our favorite, crab rolls. In the cooler weather, Luke’s makes a mean chowder too.

You can still get Vendy Awards tickets here, but they will undoubtedly be gone by the day of the event, Sept 7th at Industry City in Brooklyn.