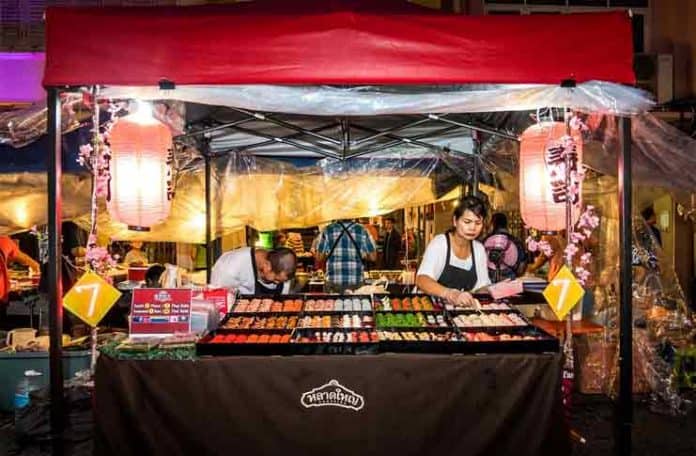 When you think of street food you most often think of the ubiquitous Manhattan hot dog and pretzel stands seen in so many movies and TV shows. It used to be like that because street vendors were limited in what they offered and what they did could never come in the form something good for you.

But now all of that has changed. We have seen the development of foodie culture and now everyone we know seems to think of themselves as some sort of epicure.

There’s a positive to it, though. Alongside the foodie world has been a parallel renaissance in street food as the foodies have demanded increasingly diverse and better-quality food. It is a win-win.

Welcome to a new food economy

Street vendors now have to be good to keep up with the competition. The pressure is on to serve food which is both tasty and is not a greasy burger washed down with a full-fat coke.

The variety of food available should come as no surprise. It is possible to get almost anything from a food truck. Even sushi which needs some special presentation and display is available right off the street.

Even the food vendors recognize that, for them, power lies in numbers. You will often see a line of trucks or street vendors lined up next to each other. This way you might eat a Samosa for lunch today, but tomorrow it could be tacos or a vegetarian meal.

Different ingredients are one of the huge differences in street food today. Vendors are trying to make a difference in the quality of their food and to be able to point to the place from where it came.

This has created another positive drip-down effect for small producers of high-quality food and ingredients. Smaller producers producing specialty products have found a route to market that would have been out of the question.

Now that vendors are targeted on creating a quality product, they are looking to avoid mass-produced goods and adding a little of something really special helps them produce good food. Moreover, by using good stuff they can charge a little more per item and people will pay because they are getting the value back in the foods.

Honey is a great example of this special phenomenon. There has been a trend towards using honey rather than sugar for years now. If you don’t believe it, think of your last trip to the ubiquitous coffee store. There’s a bar there with all sort of sugars and sweeteners and right up there will be honey, every time.

For a street vendor, including honey as a raw material over sugar makes great commercial sense. Besides all the health benefits it makes sense if only because you need a lot less of it than you would sugar. As the folks at Diet Hive will tell you, honey is a lot sweeter, tablespoon for tablespoon.

Being a part of the local economy, street vendors are also often prepared to support local businesses, and raw honey is about as local as you can get. Honey is made in empirically small quantities. It takes about 12 bees their entire lifetime to produce a whole tablespoon. By definition honey is not mass-produced.

Beekeepers are limited to the amount of honey they can produce in any year and nearly all of the factors which control production are out of their control. For example, bees don’t leave the hive unless the temperature is above 50 degrees Celsius. A long or particularly cold winter means the honey production will be lower than it would be otherwise.

The relationship between the small producer and the street vendor is symbiotic. One provides the needed goods and the other a conduit to a market it would be hard to reach otherwise.

Local is not restricted to rural areas either. Even in New York you can find honey produced by beekeepers in Manhattan, Brooklyn and Queens.

What is raw honey?

Raw means it has not been processed and comes directly from the hive. The beekeeper might remove any beeswax and there are always dead bees to be removed, but other than this and bottling, nothing else happens to the honey between the hive and the chai. 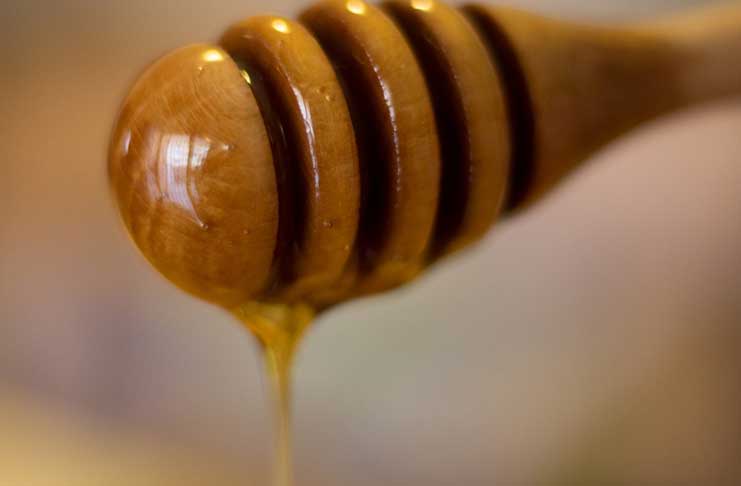 Honey is good for you

The argument for raw honey is much more complex than saying it is less bad than refined sugar. Honey comes with a long line of known health benefits.

Did you ever see a grandparent ‘curing’ a cold with a hot lemon, whisky and honey? The whiskey helps your breathing, the lemon gives your vitamin C level a boost and the honey soothes that tickly cough. A perfect combination.

But the health benefits of honey don’t stop there. It is an antioxidant; it does great things for your cholesterol and can even help in the area of cardiovascular health.

If you haven’t been tempted yet, now is the time to look at your local street vendors to check out a line of them and choose something different for lunch. Whatever else, today’s street food market and trucks are not recognizable from those in your parent’s day.

They are hip, cool and totally, well, street.

A Short Guide to an Age-old Classic: The Potato