Home Food Travel 8 Most Popular UK Foods You Should Try 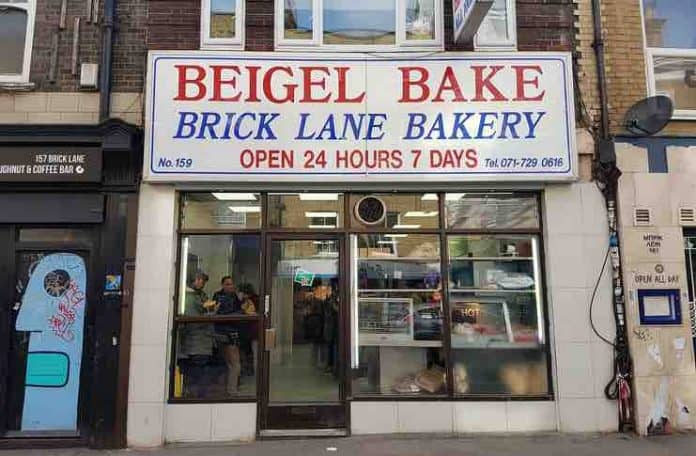 Are you planning a trip to the UK soon? If so, you should sample some traditional UK foods. Even if you’re from the UK (we have quite a lot of readers in London!) you may not be familiar with all of these English food items.

So, if you’re planning a staycation, then you’ll have the opportunity to try them. And if that’s the case you should take a look at these UK staycation deals. So let’s not waste any more time and delve into these English food delicacies…

UK Foods You Should Try:

There aren’t many dishes quite as well-known as the full English breakfast. While quite British, this dish is available around the world, frequently served in cafes and hotels. This meal is a morning tradition and features fried eggs, sausages, bacon, mushrooms, grill tomatoes, toast and/or fried bread, and a wide variety of marmalades and jams. The English breakfast can be rather hard work, and maybe even too filling, to do every day. Still, Brits love it. Sunday mornings just aren’t complete without one. You won’t find a better cure for hangovers.

Just notice the lines outside sandwich shops for people waiting for it. This dish was originally created in the late 1800s, based on a traditional British staple, namely boiled beef. The creators changed things up by adding the astringent pickling spices common to their heritage from Central Europe.

They decided to serve it in bagels they’d baked fresh, which they smothered with English mustard potent enough to clear your sinuses in the middle of winter. The result was an astounding success. Factory workers got their filling for cheap, enjoying something salty, spicy, and quite tasty. Over a century later, British taste for salt beef bagels is as strong as ever.

This is another classic English food. Bara brith in Welsh translates to speckled bread. Whatever you call it, this is a classic tea bread in Britain. It’s made using warming spice, such as cinnamon and nutmeg, as well as dried fruits, including currants, raisins, and dried apricot chunks. Typically moist, this particular bread has earthy flavors and savory texture thanks to brewed tea, which the dried fruits are soaked in. Rich, sweet, spicy, and yeasty, this bread is often served in plentiful portions, warm, with some tea. Add some salty butter for a delicious counterpoint to the natural sweetness of the bread.

4. The Best Brews Of Tea

When you think of Britain, you inevitably think of tea. This isn’t really a surprise. The typical Brit has three cups every day. The whole country brews over 60 billion cups each year. The UK has a reputation for drinking tea, and even the locals admit it. This was once only enjoyed by high society, who had it with delicate pastries and light sandwiches for their afternoon tea. However, the 18th century saw tea come down to the masses, and it’s been a core part of British culture ever since.

This is another classic on the list of UK foods. It was first created and then improved in Melton Mowbray, a tiny town in Leicestershire. If you want to have a truly authentic British picnic, then this hand-raided pork pie is a must. In fact, it’s a frequent staple at British parties and buffets as well.

British pork pie has a sturdy crust, and it’s made traditionally with hot water and lard. The pork filling gets cooked inside the pie prior to the crust getting filled with gelatin, using the pig’s bones. This jelly works as a preservative for the cooked meat. The pie is something you can store and even transport without it spoiling. That makes it a great afternoon snack.

6. A Glass Of Cider For Refreshment

Sweet and sparkling, and occasionally pretty strong, the refreshment of apple cider is a common drink in Britain’s West Country, such as Cornwall and Somerset. Cornwall children have a tradition of going ‘scrumping’ which is stealing apples from any tree they can locate.

The apples are brought home for fermentation into cider. You, fortunately, don’t have to climb trees to enjoy this particular treat. You can find cider in any supermarket or pub. The UK makes thousands of liters of it every year. Nearly half of all UK apples get used in producing cider, so your taste buds will be satisfied if you go looking for a sip.

Surely you’ve heard of this? It’s probably the #1 on most lists of UK foods, sorry for having it only on our #7. Looking for this in Britain? There are more than 10,000 different fish and chip locations in the UK.

This is the quintessential British dish. Traditionally served with North Sea cod, you might be more likely these days to get haddock. It’ll be battered and fried, and you’ll get a wheelbarrow full of chips flavored with salt and vinegar. Your best bet is eating it out of the very paper you get served it in.

The English have fish and chips. The Scottish have haggis. The national dish is enjoyed by locals and visitors alike. The ingredients can be challenging. Onions and oatmeal might sound innocent enough, even if the pairing seems odd.

Things get fun when you realize that haggis is made using sheep organs. Suet, which is kidney fat, joints the ingredients stuffed into the stomach of an animal. It’s all boiled until it’s firm when it gets sliced open on the table. Newcomers to haggis find it anywhere from intimidating to disgusting.

Yet, it tastes great. Scots take serious pride in haggis, to the point that famous Scottish poet Robert Burns penned ‘Address to a Haggis’ in 1787. Many Scots recite this poem out loud when their haggis gets opened up. Just try to forget what’s in it, and savor the delectable treat.

I hope you enjoyed this list of UK foods you should try one day. If you’re interested in more of our posts about international foods – check out our post about Turkish street food, our post about Kosher foods, or our post about Egyptian foods.

THE HOTTEST STREET FOOD IN BERLIN-CURRYWURST