From Schnitzel & Things to Souvlaki GR to Korilla BBQ to last year’s winner, Phil’s Steaks, we’ve been early supporters of each of these amazing vendors.

The 2013 Vendy Award Finalists were just announced in the Rookie of the Year category. There are 6 finalists.

Here’s a sample from 2012 Rookie of the Year Winner, Phil’s Steaks. 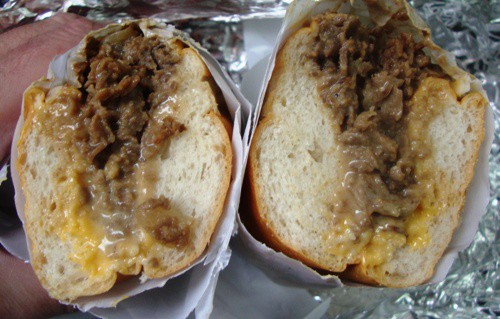 This year’s Best Dessert Finalists are:

Mamak – A new cart specializing in Malaysian rendang, which is slightly different from Indonesian rendang, for all you purists out there. Rendang is a delicious, spicy stew that also includes one of our personal favorites – a hard-boiled egg.

Mysttik Masaala – We have not been to this Indian cart yet, but promise to very soon…and we’ll let you know all the details.

Neapolitan Express – This pizza truck got a lot of press upon its launch for how eco-friendly it is, using compressed natural gas instead of diesel. What some people overlooked (not us), was just how delicious their pizza is. They even have a dessert pizza made of pizza dough stuffed with nutella!

Nuchas – Nuchas started with a stand in Times Square, but once they got a truck, their popularity exploded, bringing delicious empanadas to lots of different neighborhoods, including Washington Heights. Nuchas bakes their empanadas instead of frying them, which is healthier, but they don’t sacrifice flavor in the process.

Sweet Chili – One of the newer food trucks around, it was started by Top Chef Chicago finalist Lisa Fernandes. She calls her cuisine Thaietnamese, but Sweet Chili is all the description you need. Most of the dishes are sweet and hot at the same time. We also love her side salads, such as the green papaya salad.

Toum – There are tons of Middle Eastern halal carts around, but Toum elevates this cuisine, with high-quality ingredients and delicious dishes. Toum means “garlic”, and it’s also the eponymous spread you should order with most dishes.

We can’t even begin to guess who’s going to win this year, but we look forward to trying each one at the event.

The Vendy Awards are being held in Brooklyn this year, on Saturday, Sept 7th.

Tickets are still available here, but they will undoubtedly sell out before the event.