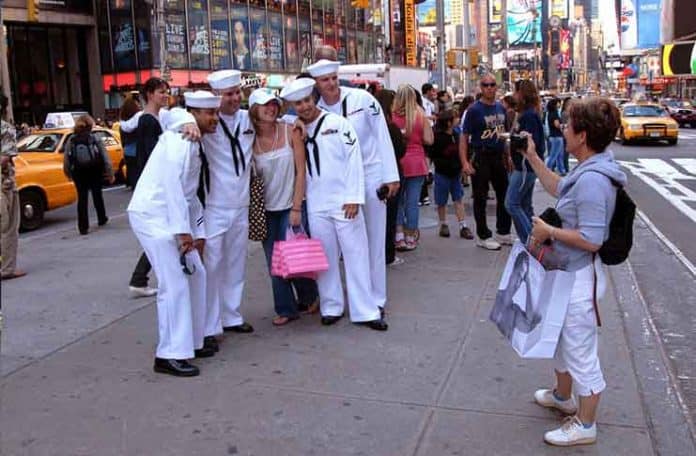 Many people dream of visiting New York City for the first time, but are also very intimidated because of the huge crowds and towering buildings that exist in the vast metropolis.

That being said, you don’t have to let this deter you from the visiting the city you’ve always wanted to see.

If millions of other tourists visit New York each year, why can’t you?

The truth is that visiting New York and sightseeing all of its incredible destinations is perfectly manageable so long as you follow some practical tips.

Here are the top five tips for visiting New York City for the first time:

You shouldn’t feel afraid to just wander around the city to see all that you want to see. New York is actually the safest big city in America. Walking around the city is also easy, as there are preciously few hills and most of the city is flat. The very act of walking around New York and seeing all the people and shops that exist will be an awesome experience on its own even if you don’t get to see any of its famous destinations.

2. Consider Taking A Bus Tour Or A Cruise

If you’re still worried that you will get lost by walking around New York on your own, and if you want to sightsee its many iconic landmarks, then you should consider buying a ticket for a bus tour or cruise like those that are offered by Top View NYC.

If you’re a tourist in New York City, you would be best served by eating dinner earlier rather than later. The reason why is because native New Yorkers tend to eat dinner anywhere from seven to ten o’clock at night, so by eating during that time you may not even get a table at a particular restaurant you wanted to eat at.

It’s no secret that traffic in New York is awful, and parking is extremely limited and sometimes non-existent. You want your trip to New York to be delightful and memorable rather than frustrating, so you would be better served either exploring the city on foot or going on a bus tour. You’ll see more of the city that way so you don’t waste your time driving.

5. Always Dress For The Weather

New York can be particularly cold during the fall and winter months, do dress for the weather. That means wearing a hat, warm boots, and a coat. It can rain often during the spring and summer too, so bringing an umbrella would be wise as well.

So be prepared, visiting New York City for the first time in your life is sure to be a magical experience for you. The tips in this article will help to enhance your overall experience so that it’s equally as memorable and exciting as it is safe.

10 Most Beautiful Restaurants in NYC

What Is The Best Street Food In The World?