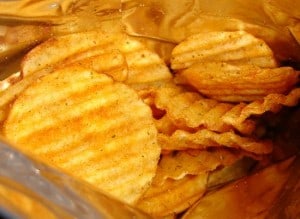 March 14th (Sunday) is National Potato Chip Day.  I’m in heaven because rippled potato chips are one of my favorite all-time snacks.  In fact, I’m munching on some right now as this is being written (seriously).

To celebrate, the Lay’s Happiness Truck will be making stops at various locations in NYC to spread happiness by giving out free potato chips at the following locations and times:

This is too easy. Let’s hear your best Lay’s Happiness Truck comments below.

JAPANESE STREET FOOD – YAKITORI AND SOUP FROM A VENDING MACHINE