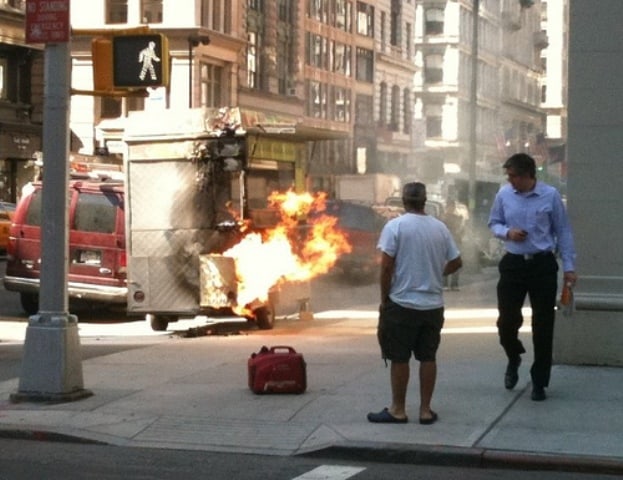 There was a fire at the halal cart on 21st St & 5th Ave yesterday.  No injuries were reported.  There isn’t much known at this point, but when you’re cooking food at high temperatures in small, closed spaces, accidents are inevitable on occasion.

Schnitzel & Things and Papa Perrone’s both had fires in their trucks last year.  Oleg from S&T told us a piece of paper had unknowingly fallen behind some paneling in the truck, and the high heat caused the fire.  They were out of commission for a little while, but nobody was injured.  Papa Perrone suffered some burns on his hands, but has since recovered.