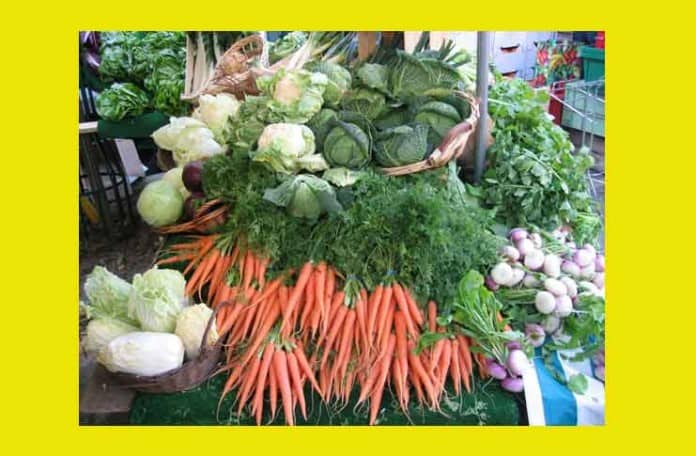 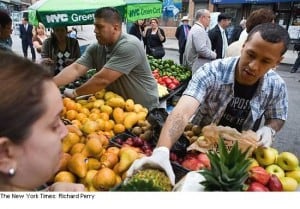 Less than two years after Mayor Bloomberg signed a law establishing permits for 1,000 Green Carts, mobile food carts that offer only fresh, raw produce, many vendors say that business is booming in Harlem.  Program coordinators say that now the demand for permits is high.  500 Green Cart permits were made available in 2008, and last summer an additional 500 vendors joined the program. Green Carts commonly sell whole fruits and vegetables, including apples, bananas, carrots, and blackberries.

Green Carts can be found north of 96th Street on the east side of Central Park and above 110th Street on the west side, primarily in low-income neighborhoods of Upper Manhattan. At first, neighborhood businesses fought against these permits, fearing competition. But Glamis Haro, the coordinator of the Green Carts Program, said carts are only allowed where there are few fruit stores nearby.  Haro noted that cart locations are designated in areas where people might not otherwise have access to fresh fruits and vegetables. “It is a major health problem when people can’t buy produce,” Haro said, adding that “In these areas, people would otherwise have to have a car or walk longer distances to get to produce stores.”

Maria Peñanara, a vendor whose cart has been at 116th Street and Malcolm X Blvd  for three months, said she has seen a lot of business. “Many buy for families,” said Peñanara, who has worked as a street vendor for two years, though most of her customers come to pick up one piece of fruit. She noted that her prices haven’t changed despite the economy: “Bananas are always four for a dollar.”

Ismail Babul, who sells on Amsterdam between 113th and 112th streets every day but Sunday, has slightly steeper prices—there, bananas are three for a dollar. This hasn’t hurt business, though, he said. Babul added that in recent weeks, he has sold “up to 500 or 600 pieces of fruit. Other weeks, it’s 200, or maybe 300.” [Columbia Spectator]