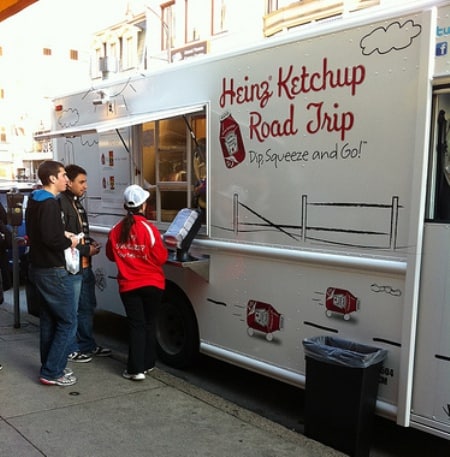 As we told you last week, the Heinz Ketchup Road Trip is rolling into town from Nov 24-26.  We caught this tweet yesterday.

DipandSqueeze Heinz Ketchup – On our way to the city that never sleeps. We’ll be rolling into NYC tomorrow with our new Dip & Squeeze™ Ketchup! #ketchuproadtrip
The road trip is to introduce a new way to eat ketchup called the Dip & Squeeze.  You can peel it open to dip food in, or squeeze it on with what they say is pinpoint accuracy.  The new package also holds three times as much as the traditional 9g packet.
Follow them on Twitter, Facebook and Foursquare for a chance to win stuff – and we have added them to our Mobile Munchies twitter feed for the 3 days they will be in NYC.
According to Grub Street, the Heinz truck will be in the Meatpacking District Wednesday, Penn Station Thursday, and Union Square Friday. 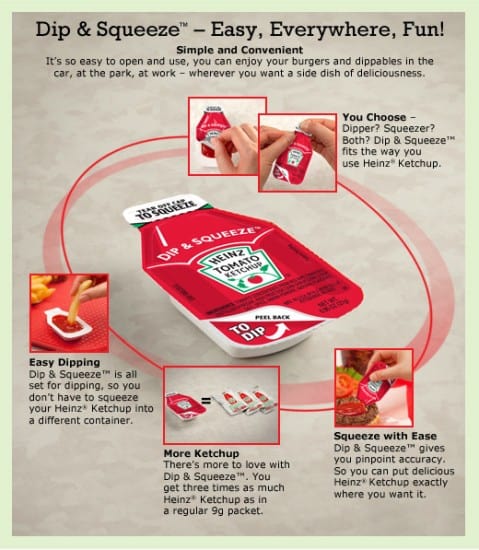