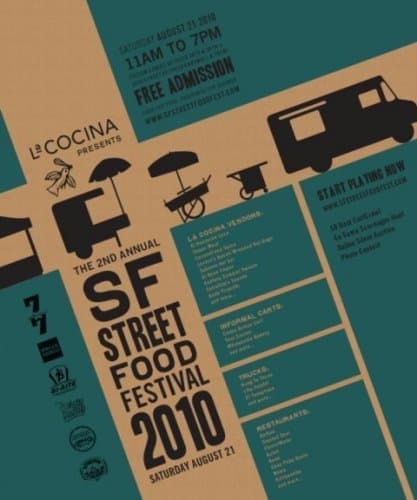 We were contacted over the weekend by La Cocina in San Francisco, a non-profit organization dedicated to working with low-income entrepreneurs who are launching, growing and formalizing food businesses.

La Cocina invited us to be part of the 1st National Street Food Conference.  Unfortunately, we cannot make it, but it looks like a fantastic event.  Click through for more details on the festival and conference.

The festival, which will take place on August 21st, will be followed by two days of conference sessions, working groups and networking.  As this is an inaugural event, they are hosting the conference as inexpensively as possible. Costs are minimal, and discounts are available at local hotels.

So far the panels are:

Gorilla Cheese NYC Is Having A Baby