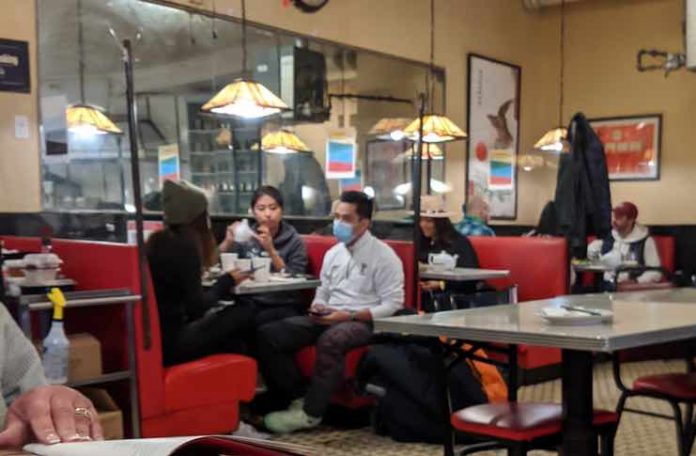 Having lived in China for over 6 years, I did learn a great deal about Chinese restaurants, locations, and the places to visit and eat. Beijing, Shanghai, Hong Kong, and a total of over 30 cities to visit while living there does give you a deep love and understanding for living and eating there. So, when you’re back in New York City, where you grew up, you’re always looking for a great place to visit and eat in. And, Nom Wah Tea Parlor is a great place to step into. Even in today’s new way we have to visit.

Since 1920, Nom Wah has been here in New York City. Located on the lower east side, right along with the same address since the beginning on Doyers Street, Nom Wah Tea Parlor is a good place to visit. It is small, very much the same as 1920, and has a number of customers there waiting to go inside or eat outside.

We signed the reservation list and had to wait about 40 minutes to get inside. Once we did, the tables were spread out and protected. The team was ready also for us to be there. They brought out the menu and provided an online link for us to receive more details.

To start the process they asked if we wanted something to drink like water or tea. You can also have Chinese beer if you want. At 1 pm in the afternoon, we ordered the black Chinese tea with our meal.

We then spent time looking at the menu before putting together our list of items to the waiter. This was simple enough at the time. And, it did not take long. In fact, the first item they brought out in five minutes was the Stir-Fried Rice with Shrimp which was one of their specialties. It was that fast. When we had it in front of us we tried it.

The Stir-Fried Rice was good. It was simple. Tasty. But very dry. No moisture to it. It was that simple. The waiter stopped by and asked us what we thought. We told him we had lived in Hong Kong and had eaten this all the time.

We asked what they put in the recipe about specific items. We were told that in Hong Kong we can receive it the way they used to make it that way over there. Here, in New York, they do not do that because quests do not know about the original versions or way items were made. It is the way things are made now that work here. That is different.

Next, they started to bring out the other items to consider. This included Pork Siu Mai. Shrimp Sushi Roll. Rice Rolls with Shrimp. There was also Rice Rolls with Spare Ribs which were moist and fresh. There were also Scallion Pancakes which were truly fresh, warm, and had some spice to it.

Then they brought out the Stuffed Eggplants. The three portions were moist and had the right taste. They were also firm, giving it a flavor you would like to have for a meal. This was followed by an order of Pan Fried Noodles which were warm. They even tasted like our first course of Stir-Fried Rice. The same consistency but no real moisture. 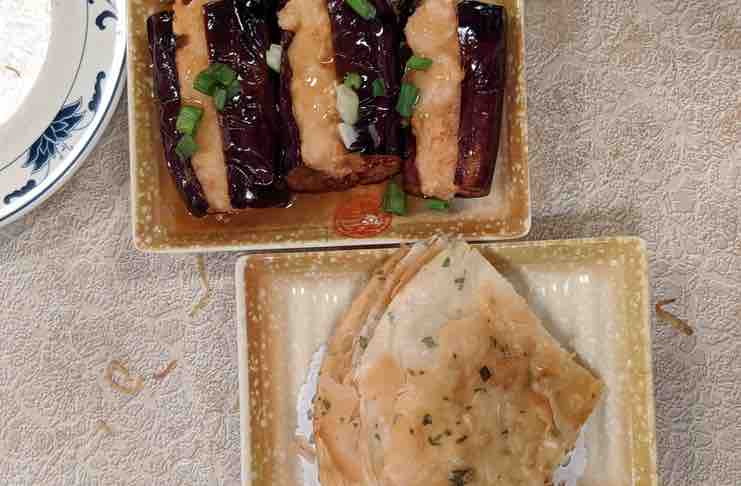 Finally, they brought out the Pork Buns. This was one large bun you could serve to 2 guests at once. The bun was white and soft. It tasted well. The inside of the pork sauce was good and firm. Another good flavor as you took a bite from the bun and enjoyed it as you ate your meal. 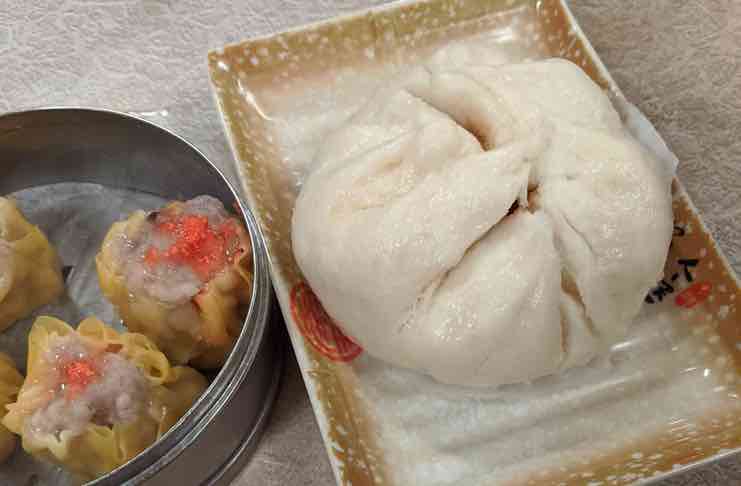 After this, we had the desert. We had two versions of White Buns. One with red beans inside. The other buns had lotus inside. These two versions of Pork Buns were very good. Just the right size and flavor. We also had one large Almond Cookie. It was perfect. And it tasted just like an almond. With a cup of tea, it was ideal. 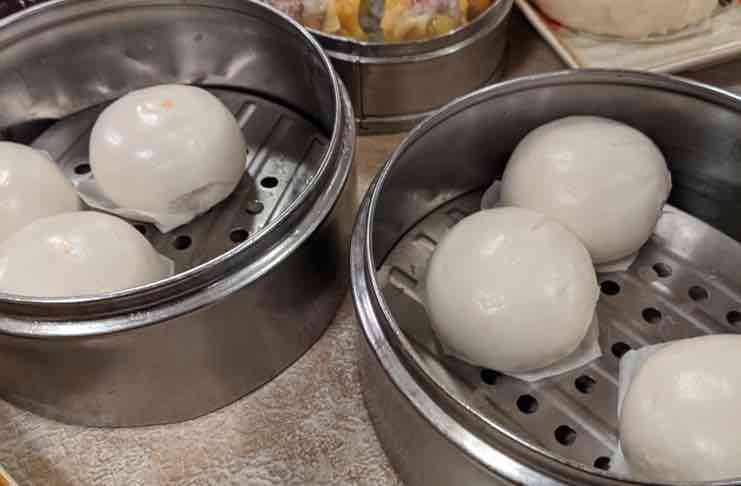 Overall it was a good Chinese meal. This was typical of what you would find in most Chinese Restaurants located on the lower east side of Chinatown in New York City.

They all taste the same. They all offer the same variety. They all have the same price for the items they offer. It is not different from typical Chinese food from their neighbors or the area. (I even found a good Chinese restaurant that offers the same selection as I used to have in China. That is rare.)

At Nom Wah Tea Parlor the team is very nice. The offering is good. The service is nice. The price is fine. You can pay with only an AMEX Card or cash. They do not take other charge cards. This can be a bit of a problem for some guests.

Yes, Nom Wah Tea Parlor has been here for 100 years. One of the first in New York. It is not as old as some of the places found out in San Francisco which are even older. And they are not like what we would find when visiting or living in China or Hong Kong.

I have even lived in the area of Shenzhen, which is the duty-free area in Southern China before you cross over to the Hong Kong border and side. Those restaurants are typical for the area. They are the type we do get used to, and love, the longer we are there.

Want to read another review of Ron Rossi? Check out his review of The Blue Moon Mexican Cafe.

“The Jaded Traveler”. Ron Rossi was born and raised in New York. A globalist at heart, Ron is a marketing director by trade, and has lived and worked around the world including Asia, Europe, Africa, and South America. Food is one of the best ways to learn about a country, a people and a culture. So, Ron is always looking for the best in mid-range to budget and street food. He is always on the hunt for a good meal anyone can afford. It is the food of the average citizen that excites him. And with having visited close to 100 countries on 6 continents so far, there have been some pretty good meals.