Home Freebies & Promotions GET A FREE DINNER FROM BARILLA PASTA (BUT YOU HAVE TO COOK... 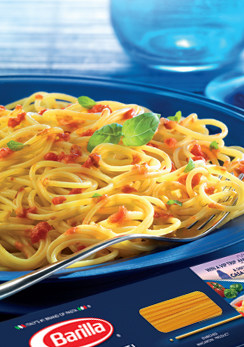 The Barilla Pasta Truck will be in New York through Thursday giving away 20,000 free “dinner kits”.  And for every dinner kit distributed, Barilla will donate $1 to The Food Bank For New York City.

Each kit will include a box of Barilla spaghetti, fresh greens, a jar of Barilla sauce, exclusive Academia Barilla olive oil and vinegar, and two tickets to Casa Barilla (a $10 value).

You can also help Barilla raise money for Feeding America, the nation’s leading domestic hunger-relief charity.  For every photo uploaded to their Facebook page, Barilla will donate $1 to Feeding America (up to $80,000).

The Barilla Pasta Truck will be at the following locations from 4pm until 8pm:

August 17 at 59th and Lexington Ave

August 18 at Broadway between West 58th Street and Columbus Circle

HERE ARE THE MASTERCARD PRICELESS NY FREE LUNCHES THIS WEEK