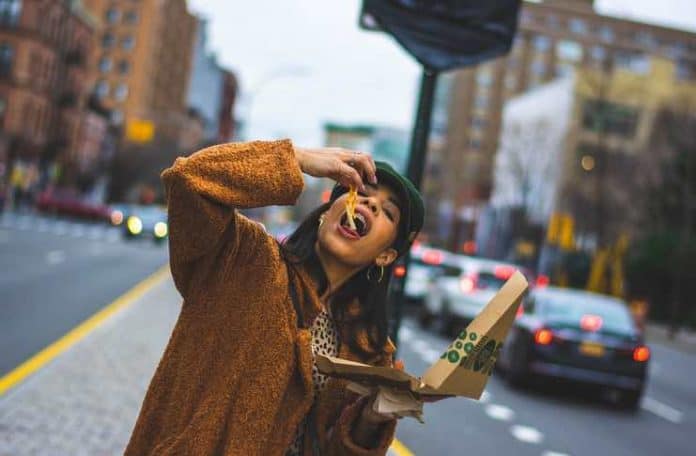 The rise of the vegan diet is considered a new wave that took the world by storm. Its roots managed to find a way to intersect with many aspects of life with its contemporary outlook and progressive approach to politics. What many may not know is that veganism has quite the deep roots in history and a strong connection with politics. 2 centuries ago, radical and progressive ideas were dominating the European political ecosystem. The development of vegetarianism under political and ethical standing points in addition to the support of popular advocates like Percy Shelley and Bernard Shaw has helped the philosophy behind veganism thrive.

The vegan diet stemmed from vegetarianism and it’s considered one of its strictest forms. It’s becoming quite popular nowadays and the number of people who self-describe their lifestyle as vegans has almost quadrupled in the UK in 11 years only. Veganism is developing into an all-around lifestyle. The diet itself is quite simple, yet some key elements should be taken care of for it to be done right. We’ll be giving you a brief review of how the vegan diet can help you transition into a healthy lifestyle.

Veganism is viewed as a lifestyle that proactively tries its best to stand in the way of animal exploitation and cruelty by abstention from eating or using animals for any exploitative purpose. As you learn more, you can probably deduce, the vegan diet is comprised of many elements except the consumption of meat and byproducts of animals like dairy and eggs. Whether the reason behind following a vegan diet is driven for a political reason or a desire to become healthier, it has shown its efficiency clearly.

There are a lot of varieties of vegan diets yet they don’t stray far from the main and original concept; developed mostly to provide an array of convenience for those following a vegan diet. The whole-food diet follows a pattern of eating only whole plants like fruits, vegetables, nuts, seeds, and whole grains. If you want to test your grains before consuming them, read this guide over at https://10bestranked.com.

A raw-food diet is quite similar, yet it adds a bit of a restriction as it requires the food to be cooked at temperatures below 118F. The 80/10/10 diet consists primarily of low-fat plants and depends on raw fruits and soft greens. These diets are the most popular vegan diets yet other variations are followed as well.

There are also great vegan snacks we covered a few months ago.

According to studies, vegans were found to be leaner as they averaged a low body mass index than followers of other diets. One of the magnetic appeals that draw people over to veganism is its amazing weight loss potential; keep in mind that the vegan diet is an important factor, other factors play an important secondary role as well. It’s known that the weight-loss advantages of vegan diets are quite consistent and balance the rate of weight loss automatically and safely. Vegan diets help people lose weight more than dominant calorie-based diets. Even though the restriction of calories isn’t the core concept behind vegan diets yet the number of calories is still low thanks to the high fiber intake which makes the body feel fuller.

Vegan Diet and the Heart

A healthy heart is one of the most prominent effects of vegan diets. Observation-based studies concluded that a vegan lifestyle and diet lower the risk of developing high blood pressure conditions to less than 25% of its original percentage. Research extrapolating from this data also stated that the risk of dying from heart disease is lowered by more than 42%. Scientific research has been a great aid in proving how a vegan diet can be beneficial to a healthier lifestyle. Even though studies are in favor of vegan diets, more studies are being done to draw even stronger conclusions. On the other side, there are some recent studies about the risk of more vegans having more strokes, although these studies still cannot prove whether the effect is down to the diet or some other aspect of lifestyle.

The vegan diet limits processed foods and limit them to natural sources instead, which is something that’s universally recommended. Some problems can arise from following a vegan diet that doesn’t include all of the nutrients needed. Nutrient deficiency is a very serious risk to everyone, not to mention the risk it poses to those with specific requirements, like children, seniors, and pregnant women.

The obstacles presented can be battled by limiting processed vegan food as it lacks a lot of important nutrients and sticking with nutrient-rich plants instead. Foods rich with calcium, Vitamins D, and B12 should be consumed daily. Some choose to take the path of using vitamin pills and supplements to compensate for the lack of their diet, but enhancing the diet through natural means is still highly advisable.

A vegan diet is one of the healthiest diets, you can follow regardless of ethical and environmental factors. You need to know that the vegan diet, like most diets, requires a consistent approach to reap all of its benefits. Encircle your diet with nutrient-rich plants to ensure that you’re playing it safe.

The Health Benefits Of Celery Juice: Why You Should Drink This Juice

Candida Diet Guide: Foods To Eat And Foods To Avoid