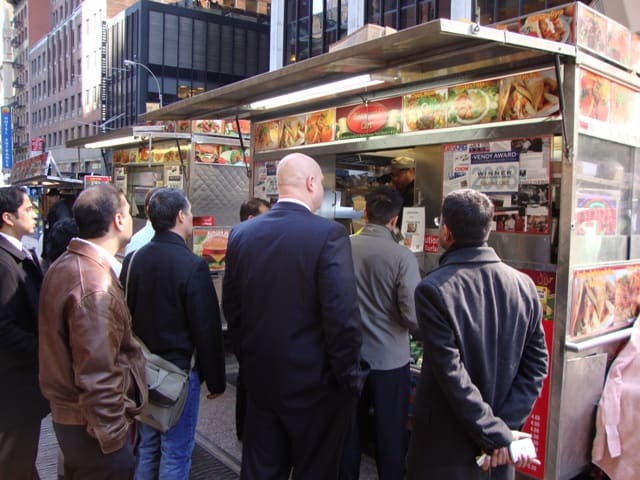 As part of an innovative experiment starting next month in New York City, some food carts and other street vendors will be accepting credit cards for purchases.  It’s the brainchild of the Street Vendor Project , the same people behind the popular Vendy Awards.  The initial test will be a few carts in Manhattan, Brooklyn and the Bronx.  If the response is positive, the program could be rolled out across the city in three to four months.

A spokesman for the group says that almost all restaurants and stores accept credit cards so fewer people are carrying cash. They want to make sure food carts remain an option for people looking for a quick bite to eat.  Street vendors that sell clothing will also be included in the test.

The machines are being offered free-of-charge by the company Century Payments, but the vendors will have to pay the company transaction fees on each purchase. [MyFox NY]

While this is a great idea, with the vendor having to pay transaction fees, it will have to be built into their prices.  Either that or only the most successful vendors will be able to afford doing this.  It’s not like street vendors have such high margins to begin with.

No word yet on which vendors will be in the initial test.