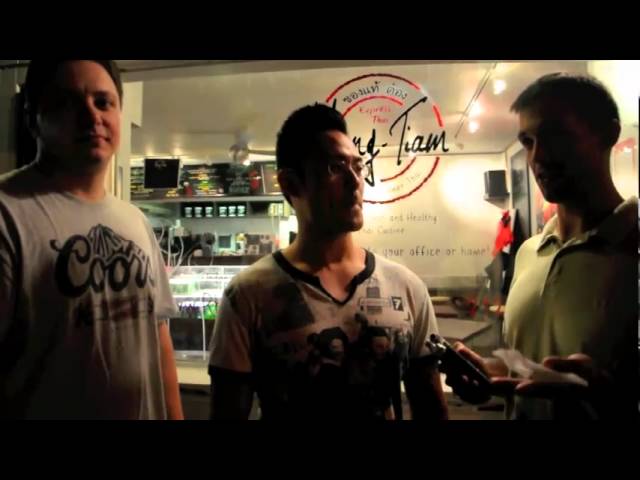 With food trucks under attack from municipalities nationwide, one silver lining of Hurricane Sandy may be demonstrating just how vital food trucks can be during a major emergency.

Our power was finally restored at 4:30am Sat morning, after more than 4 days without.

The question is how have food trucks proven their worth during this state of emergency? The answer is BIG TIME!

See below for  Sunday updates.

Food trucks are essentially mobile kitchens on wheels, so they can go right to affected areas and start serving the locals hot food and water. Most food trucks are small businesses working on thin margins, but a partnership between food trucks and big business or government can be very effective.

The most high-profile example of this is Jet Blue (New York’s hometown airline) working with the NYC Food Truck Association to bring food to the powerless. On Friday, twelve food trucks at seven different locations have distributed 11,000 meals to those without food, water and electricity.

Another example of food trucks helping the locals was in Hoboken. Last year Hoboken had a thriving food truck scene, but at the behest of local restaurateurs, an ordinance was pushed through last spring basically keeping food trucks out of Hoboken. On Thursday, Hoboken’s official Facebook page posted the message “Have a food truck? Come to Hoboken and help us feed our community.”

Nearly every food truck who could get gas has been parking and serving among the powerless, whether it’s Union Square, Astor Place, Tompkins Square Park or elsewhere.

One problem has been in the poorer areas of Manhattan and in the most affected outer boroughs. We received a call from Congresswoman Nydia Velazquez asking if we could get any food trucks to stop by the housing projects on the Lower East Side. We put out the word, but it’s up to the vendors themselves who choose where to go.

We received desperate pleas for help from parts of Staten Island and the Rockaways, two of the most devastated areas. We’re not sure about Staten Island, but Eddie’s Pizza Truck and Cupcake Crew were in the Rockaways giving out free pizza, cupcakes, water and other supplies courtesy of Jet Blue.

On Saturday, Jet Blue and the NYC Food Truck Association teamed up again to bring 10,000 free, hot meals to some of the harder hit places in the tri-state area.

Gorilla Cheese, Valducci’s, Toum and Coolhaus were on Staten Island giving out food to local residents.

The Mac Truck was also on Staten Island, although not as part of the Jet Blue fleet. This means they went out-of-pocket giving away their food. We know Dom from Mac Truck is a Staten Island resident and native. Hope you and your family are well my friend.

Over in the Rockaways, Phil’s Steaks, Milk Truck, Eddie’s Pizza and Cupcake Crew were giving away free hot food, water and coffee, courtesy of Jet Blue. Chinese Mirch was in another Rockaways location donating hot meals to the local residents.

Jet Blue, the NYC Food Truck Association and its members are coming through yet again, helping those who need it most.

Mausam NYC also went to Staten Island to help people in need with some curries.

HOW YOU CAN HELP!

If you want to help, there are a couple of ways we can tell you about:

The NYC Food Truck Association is accepting donations here. So far, over $13,000 has been raised. This enabled Rickshaw Dumpling Truck to go to the American Legion HQ in the Rockaways and give away free dumplings. It also sent Coolhaus to Red Hook to give away free hot coffee to the residents there. Keep the donations coming.

Christine Quinn, Speaker of the NYC Council suggests checking nycservice.org or serve.gov/sandy if you can volunteer.

When we’re all back to our regular routines remember this – food trucks played a vital role in bringing hot food, water and power to the powerless during this extreme state of emergency.

Jet Blue, the NYC Food Truck Association, Whole Foods, Chase News, and every food truck and person who helped out deserve our deepest thanks.

But food trucks aren’t looking for our thanks. They just want to be able to serve legally in NYC and Hoboken, and to be good corporate citizens. After Hurricane Sandy relief efforts, we believe they have earned that right.