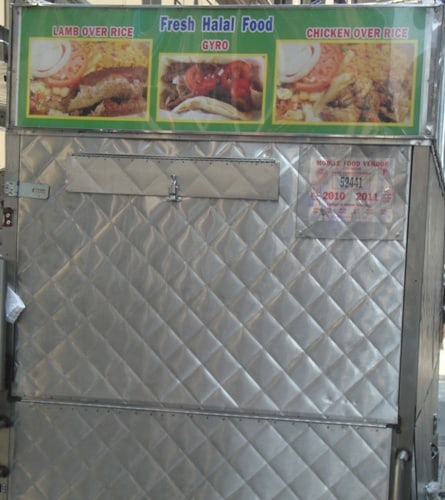 I’ve received a couple of reports about a decent chicken over rice cart on the NE corner of 40th St & Broadway that’s called Adham’s, just across 40th St from the La Baguette Cafe truck.  We’re always on the lookout for new street food vendors for our readers to try.  Time to give this one a whirl.

Walking up to the cart, there was no name on it identifying the cart as Adham’s, but the vendor said it was.  There were whole pieces of spice-rubbed chicken on the grill waiting to be chopped, which was a good sign.  That means there was a decent amount of turnover, and the chicken would be fresh.  Would this initial sign be right, or would Today’s Lunch be one to regret?  Find out after the jump. 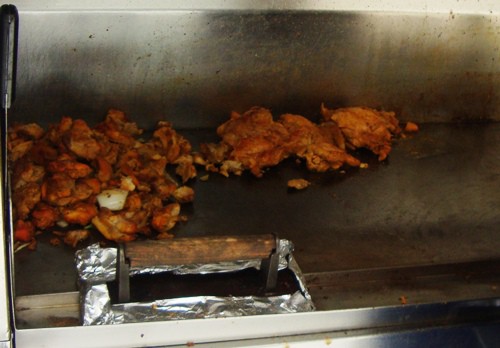 My first (!) bite contained a piece of cartilage, and I had to spit it out.  Not a good way to start the meal.  Things settled down after that, but the tone was set.  They would have to blow me out of the water to come back after that first bite. 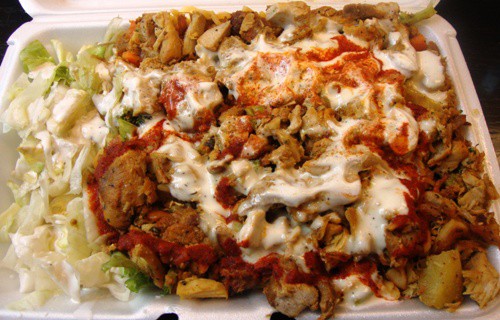 The chicken was spiced pretty heavily and not dried out.  OK, but nothing special.  The white sauce was your standard mayo-based white sauce, but the hot sauce was definitely hot.

They also cooked some chopped veggies with the meat including carrots, broccoli and even some potato.  The veggies were still crisp, which was nice.

I did like their rice.  It was an orange rice that was moist and plump.  There was a salad, but the lettuce looked old and tired, and the dressing was the standard mayo-based white sauce, so I didn’t eat any of it.

Today’s Lunch was not one of the better ones, and it gets a 5 out of 10.  There was nothing special about any aspect of it, and the first bite was actually unpleasant.

Yes, the rice and hot sauce were decent, but that’s certainly not enough to recommend a cart or add it to the NYSF directory.  Today’s Lunch cost only $5, but I don’t expect to be getting lunch on the NE corner of 40th St and Broadway any time soon. 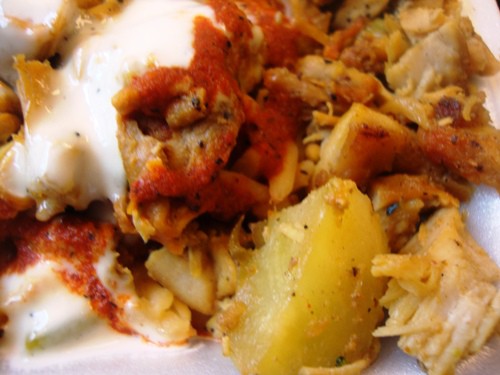 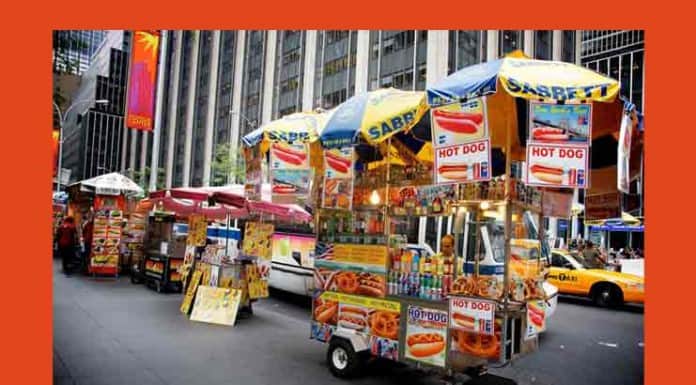 Last Friday I was involved with a film shoot at the Big Gay Ice Cream Truck for Eat Street, a show being produced for Food Network Canada.  On Thursday, they were filming at the Biryani Cart, and I stopped by to meet the film crew. By the time I got there, around 1:15, the filming was mostly over, so it...
Read more