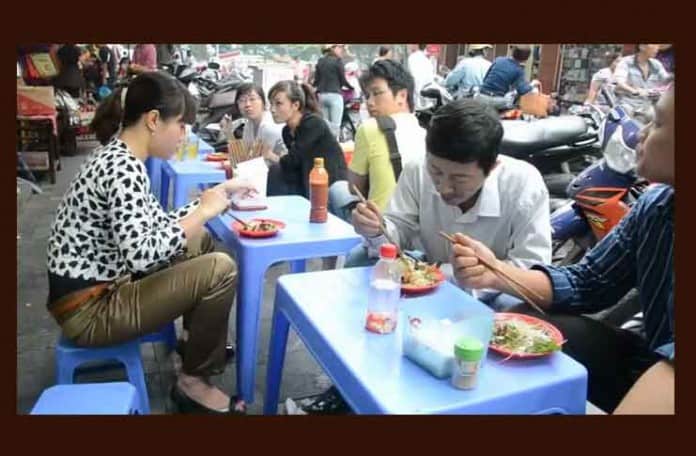 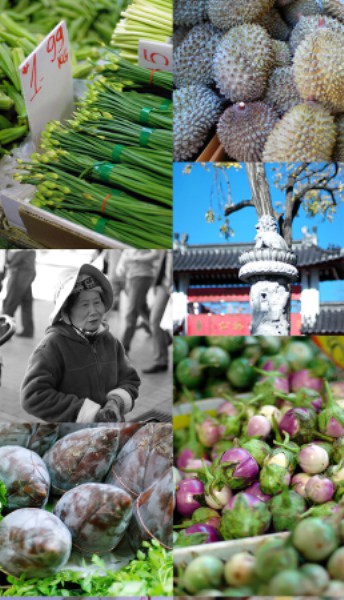 A few days ago, I received an email from John, of the He Needs Food website.  John recently took us on a great street food tour of Yiwu, an area of China specializing in Uighur food, which is more similar to Turkish food than Chinese.

Now He Needs Food offers us a street food tour of Cabramatta, a predominantly Vietnamese neighborhood in western Sydney, Australia.  John says:  “It’s a hive of bustle and activity from well-seasoned pho establishments to super cheap fresh produce shops selling things you’ve no idea what to do with, to elderly Vietnamese women trying to make a buck from chopped fresh lemongrass or banana-wrapped parcels of sticky rice.”

Join us in exploring this mysterious world after the jump.

John:  “Ring leaders and Cabra locals Amy and Betty proudly and patiently guided our small group.  Walking along John Street gives you one of the best snap-shots of Cabramatta as this is where most of the (mainly elderly) locals sell their wares from cardboard boxes, trolleys and crates all lined up on the footpath like they were in some Asian backstreet. Selling things like this is against the law in Australia so when the cops decide to show face an immediate scramble happens before settling back to “normal” after the law enforcers leave.

One thing that strikes you in Cabramatta is the abundance of fruit, vegetable & herb markets and it’s no wonder such things come with the very low prices they do. The pungent smell of fresh durian wafts through crowded arcades alongside the sharp fragrance of Vietnamese mint, garlic chive flowers or just unscented coils of blooming lotus stems ready for being tossed in a wok for some fabulous stir-fry. 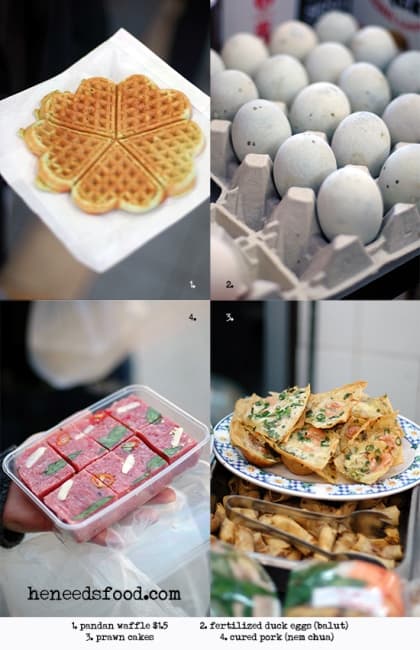 Cabramatta is known for its delicious pandan waffles and this is something that just has to be had. Not as crispy as your conventional Western waffle, this one is on the softer side, is deliciously sweet and has a hint of aroma from pandan. Opposite the waffle vendor I spotted a plate of great-looking pastry-like morsels that I soon found out to be prawn cakes. Not really a cake but a soft and thin pasty cup holding a savoury eggy custard rich in prawn flavour, topped with spring onions and a whole unshelled baby shrimp. While being on the greasy side it was tasty nonetheless.

A container of nem chua was picked up from one of the “street ladies” and handed around for all to try. The small squares of cured pork are the same that are used in those beautiful Vietnamese bread rolls that also contain liver paté, chilli, coriander, pickled carrot and onion (NYSF: banh mi).  The flavour is distinctly lemony with chunks of garlic, chilli and mint and the texture is on the rubbery-side with thin strands of pork skin.

One thing I did notice, that nobody actually pointed out until we entered Hunan Smallgoods, is the balut. These fertilized duck eggs are an absolute delicacy and contain the fully-formed fetus of a duck. All you do is crack the shell and chomp into the head, wings, beak and soft bones, perhaps with a little salt.  This is one thing I would never try! 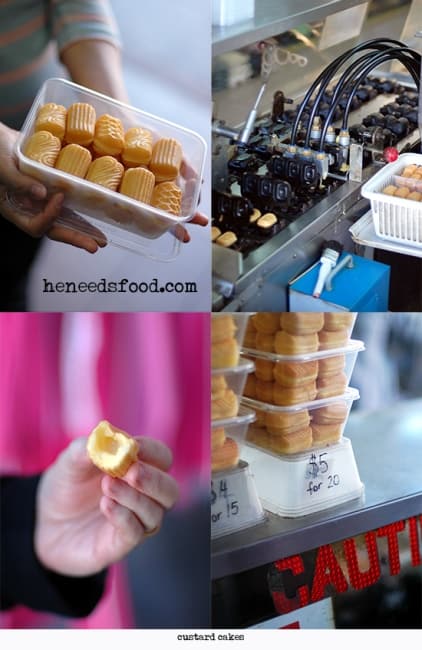 There’s much more to John’s detailed write-up of Vietnamese street food in Cabramatta, which you can read in full here.  If you’re interested, John also has a restaurant tour of Cabramatta that can be found here.

YOU WANT BEATS WITH THOSE FRIES?