Home Strange street food Street Food Around the World: The Most Interesting Facts 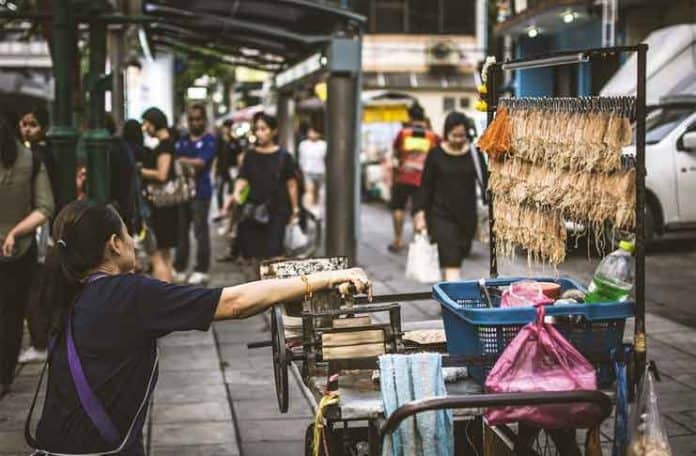 Falafels, pizzas, curries, hot dogs, curries, and chips have become a massive part of the lives of people living in urbanized areas. Cooking at home is not always possible because of the busy life, and the street food has gotten really good. Plus, it’s everywhere right now, so it’s easy to taste street food recipes from different parts of the world in large cities.

It’s time to take the trip around the world and discover the most interesting facts about street food that seems so familiar but can really surprise you.

Fact #1: French Fries Did Not Come from France

French fries are delicious and millions of people around the world enjoy them every day (in fact, there are 12 different iterations of them!). But not so many people know that they are not really French. The origins of this name were traced by historians to the 17th century Belgium, where people began fried potatoes. For example, an old Belgian story tells us that a group of people from one of the villages in the Meuse Valley turned to potato during winter when the main source of food – the river – froze over, making fishing impossible.

So, to feed themselves during the winter, the villagers sliced and fried potatoes much in the same way they cooked their primary meal, fish. That’s when the earliest French fries were born. The world was not introduced to this food until the WWI, when the locals fed it to American soldiers who were stationed in Belgium. Given that the official language of the Belgium army at the time was French, the Americans nicknamed it “French fries.”

The nickname survived, and even now, the people from all over the world give credit to the wrong country for this delicious street food.

Fact #2: Hamburgers Acquired Their Name from a German City

Have you ever wondered how hamburgers acquired their name when they are actually not made from ham, but from beef? “Indeed, the “ham” in the name of this delicious American street food is misleading,” says Michael Jefferson, a researcher from Assignment-helper. “And the main ingredient has nothing to do with it.” 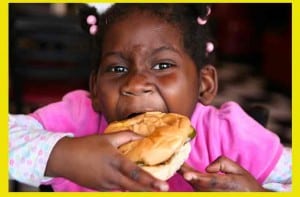 Hamburgers were named after the German city of Hamburg, which is a major port city and an important tourist destination with lots of attractions. The story goes back to the 18th century when German and other European sailors traveling from the Old World to the New World would eat slabs of chopped beef, which they called “Hamburg steaks.” Apparently, some German chef decided to cook the beef to feed the sailors, and now this delicious food has become one of America’s favorites.

Fact #3: Norway Consumes the Most Pizza in the World

Thin crust, snow white mozzarella, delicious tomato sauce, with many toppings, and all baked in the oven – what’s not to like here? Thanks to these tasty ingredients, the global trend of this fast food spread fast and everywhere in the world.

The birth-land of pizza, Italy, is not even in the top three countries that consume the most of it, according to per-person ratio, claims Insider Monkey. The top countries include Norway (the first place), the United States, and the United Kingdom.

Yes, exactly, that’s unbelievable! However, this fact is supported by math: there are 5.5 million people in Norway, and their annual pizza consumption is around 11 lbs per person, which is higher than in other countries. So, sorry America, even though you have 76,723 pizza restaurants (which is thrice as much as in Italy), the National Pizza Month, and $32 billion pizza industry, you’re only number two.

Fact #4: The United States is going Crazy over Tacos

Tacos are great. This Mexican street food is gaining more popularity all over the world. In the U.S., however, tacos are ridiculously popular. In fact, Americans love them so much that they named October 4 the National Taco Day. The statistics on how many tacos are consumed in the U.S. every year are staggering as well.

For example, according to National Taco Day, Americans ate over 4.5 billion tacos in 2016, which is 490,000 miles of tacos, which is the distance to the moon and back. Or, it translates into 775 million pounds, which is the weight of two Empire State Buildings. The number of Mexican restaurants serving taco and taco trucks around the country increases every day, and it seems that this iconic food will be popular for a long time. 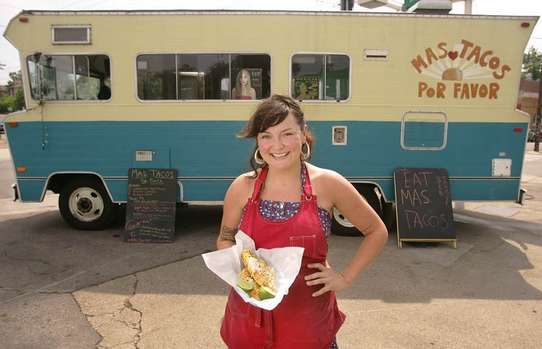 Hope you enjoyed these facts about street food from around the world! If you know something interesting about your favorite street food, let us know in the comments.

Lucy Benton is a Food lover, a writer, and editor who finds her passion in expressing her own food dreams as a blogger, and currently works at Awriter.