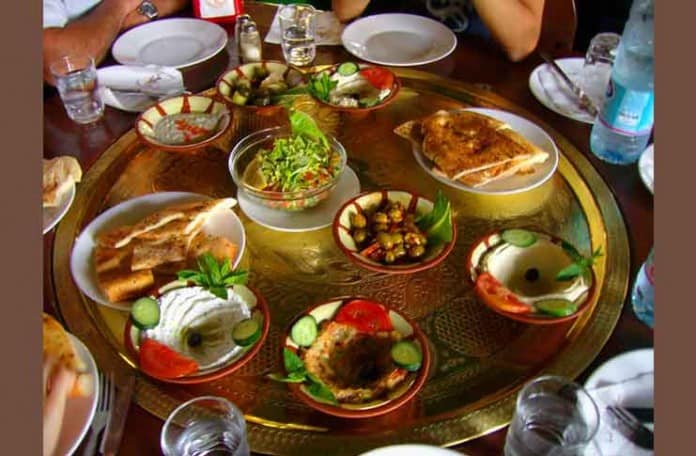 The vodka company, Ketel One, will be giving out free Greek street food, water and rides home to clubgoers in the Meatpacking District this weekend in a promotion meant to impress upon people the importance of drinking responsibly.  The “Ketel One Canteen,” will be offering complimentary Greek food by chef Michael Psilakis from midnight to 2 a.m. Thursday-Saturday (12/3-12/5).   Psilakis, who is the exec chef at the gourmet Greek restaurants Anthos and Kefi, as well as his newest, Gus and Gabriel, said the chance to do street food and spread the message of responsibility presented a rare opportunity for him.

“Greek food, which is what I’m known for, has a lot of ties to street food, most European countries have a history of that sort of dining,” he said. “There’s something to be said about street food — we have a huge history of it here in New York, a lot of metropolises do, and when you talk about food on the street you talk about the soul of that city.”

The menu will consist of chicken shish-kebab pita with fennel and onion salad, lamb burger with roasted red pepper and feta sauce, and a caponata and couscous wrap. [NBC]

Almost makes me want to go to the Meatpacking District on a weekend night. (I said almost. And I live nearby in the Village)