Home Food Trucks WILL THERE BE MINI-FOOD TRUCKS AT NY NETS GAMES? 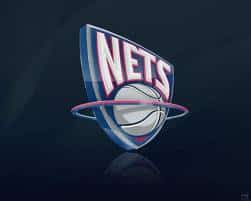 According to an item in Grub Street yesterday, David Burke is working on a deal with the new Barclays Center in Brooklyn, future home of the NY (Brooklyn?) Nets.

Burke told Grub St:  “I have an idea for baby mobile food trucks — gate 1A could be serving sliders at one point during a game, then gate 2B would have cupcakes.”

He would use social media or in-stadium announcements to let people know what food is being served at any given time: “We would have a few trucks, and they would drive by with items until they sell out.” He adds, “The food might also be related to the team playing, like Philadelphia cheesesteaks.”

I can see it now – an announcement that cupcakes are being sold at Gate 1A.  Did you ever see hundreds or possibly thousands of people descending on a food truck all at once.  Not a pretty sight.

Look on the bright side.  Maybe Nets part owner Jay-Z can get his buddy ?uestlove to bring in his buttermilk fried chicken food truck or those sweet potato pie doughnuts on a stick!

I HAVE SEEN THE FUTURE (WANT A PEEK?)