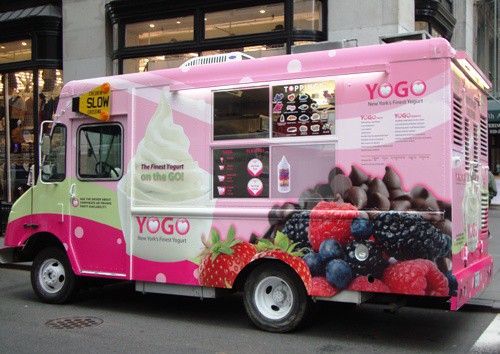 As I was heading to lunch today, I saw a pink truck in the distance that I wanted to check out further.  As I got closer, it turned out to be a new frozen yogurt truck called YOGO that was on the corner of 19th St & 5th Ave.  I had never seen them before, so I stopped to talk to the proprietor, Tony.  Click through to find out more about YOGO.

Tony told me they were currently doing test runs with the trucks in the off-season, and expect to be on the street full-time next spring.  YOGO is so new, they don’t even have a website, email or twitter account set up yet. 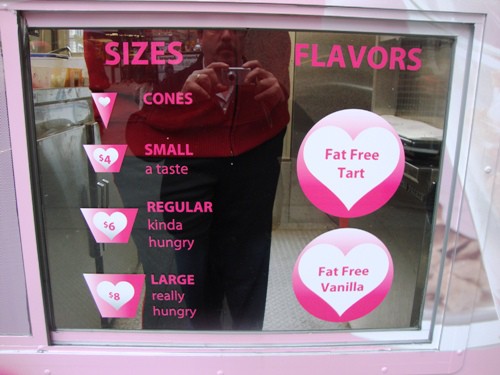 There are only 2 flavors, tart and vanilla, both of which are fat free.  Tony gave me a small taste of each.

The tart was just what it sounds like, a citrus-y frozen yogurt that tasted pretty good.  When I tasted the vanilla, it seemed pretty creamy for a frozen yogurt.  I’m not sure if it was because I had just tasted the tart yogurt, but the vanilla yogurt was enjoyable.  I was a little surprised there was no chocolate flavor, but it appears they have that covered in the toppings department. 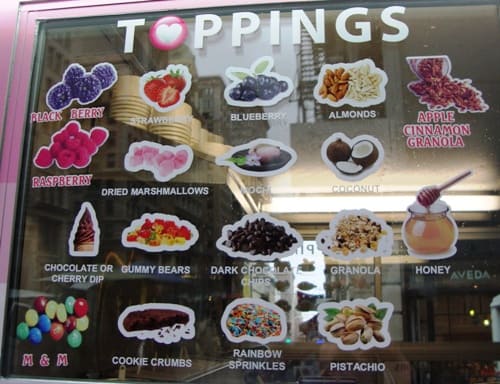 YOGO seems to be all about toppings.  There are the expected toppings like blueberries, coconut, dark chocolate chips and M&M’s – but they also had more left-field toppings such as mochi, dried marshmallows, apple cinnamon granola and blackberries.

According to Tony, there are 5 YOGO trucks, with most of them currently in the Financial District.  I only had a small taste of the yogurts and none of the toppings because I was heading to lunch, but if anyone has tried YOGO, let us know in the comments how you liked it.

At $4 for a small, $6 for a regular and $8 for a large, the prices seem a bit on the high side, but if the toppings are good and plentiful, it may be worthwhile.

Either way, it looks like we’ll be seeing a bunch of YOGO trucks on the street next year. 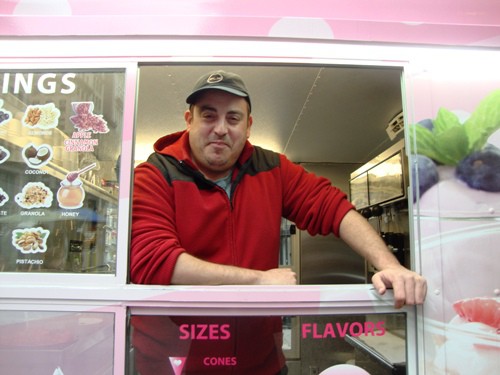