Home Food trends How Is Cannabis Affecting the Food Industry? 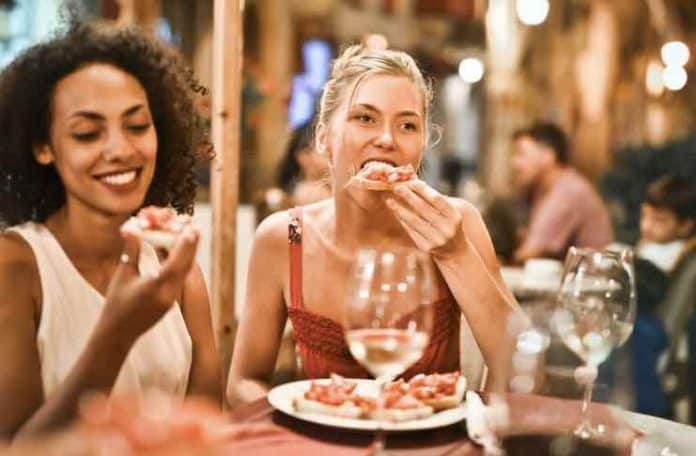 Cannabis and its use in everything from baked items to sauces, like cannabis-infused barbecue sauce, is picking up steam in terms of popularity. What was once thought of as far outside the mainstream has become something people are more comfortable with, particularly as many states are moving to legalize the recreational use of marijuana.

Cannabis in cooking is something that’s becoming relevant in the food and beverage industry, and depending on where you live, if you are in the industry, you might want to keep an eye on the trend. You can start searching for the nearest local cannabis dispensary in your place that you can trust and that offers quality products like Weed-Seeds.com, for example.

The beverage industry is intertwined with the food industry, and the idea of cannabis in the use of mainstream beverages from sodas to cocktails is gaining a foothold.

For example, three major beverage companies—Coca Cola, Pepsi, and Starbucks have all said they’re monitoring the cannabis landscape, although they haven’t committed to any infused beverages just yet.

A few wine companies are looking in a similar direction. For example, Cannavines is based in California, and they’ve released two wines infused with CBD, which are their Red Blend x Headband and Chardonnay x Sour Diesel.

There’s also the CBD Winery located in Temecula Valley, California, which has released a wine that doesn’t have alcohol but is infused with CBD.

Beyond beverage companies, there is a whole new crop of restaurant concepts popping up in places like California and Colorado.

Some restaurants will offer you the perfect marijuana pairing with your meal, much like you might be able to find wine pairings at a traditional restaurant.

One example is the Lowell Farms cannabis café in California. The idea is that a so-called budtender will help guests pair their farm-to-table meal with the ideal farm-to-table marijuana.

The restaurant is the first of its kind in the country where fine dining is paired with marijuana use.

The legality and logistics can get tricky because while Proposition 64 did legalize cannabis in California, consuming it in public is still not allowed. The Lowell Café is in West Hollywood, however, which is known for relaxed attitudes and vibrant nightlife so it may fit well.

There are some amazingly talented chefs that are part of not only the food industry, but they work with marijuana in different ways.

For example, Michael Magallanes is a chef based in San Francisco with experience in Michelin-starred restaurants.

He opened up his own business recently called Opulent Chef, and he does private dinners and cooking workshops with both cannabis and non-cannabis menus.

Examples of some of the ways Magallanes uses marijuana include creating a powder with coconut oil that can be sprinkled on crackers or vegetables, as well as sweeter concoctions like milk spheres infused with cannabis, juniper berries and licorice.

According to Magallanes, when he’s creating cannabis menu items, everyone tells him their tolerance level, and he works to creating dishes that are in-line with that, so it’s a highly personalized dining experience. They also don’t allow drinking because they want the focus to be on the cannabis itself and the THC’s effects instead of alcohol.

Mindy Segal is a Chicago-based chef who is a James Beard award winner, and she also wrote the cookbook Cookie Love, a bestseller. She’s worked in some of Chicago’s top restaurants over the years, and she was recruited by an Illinois-based cannabis cultivator, Cresco Labs, to create medical marijuana edibles.

According to Segal, she experiments with the best ways to extract marijuana, and she likes using her baking experience to help others.

There are up- and downsides to getting into the world of culinary cannabis. On the pro side, it’s exciting and innovative. It gives chefs and people in the food and beverage industry to experiment with new flavors and aromas.

It also can be very experiential from the guest’s point of view, and chefs can create an exciting, immersive experience.

On the downside is the fact that while acceptance is growing, there are still risks, and people may not see cannabis in the food and beverage industry as acceptable.

As is the case with alcohol, marijuana consumption has to be done only by adults who understand possible consequences.

How Important is Food Texture? Does it Affect Your Happiness?

How Do Meal Plans Help With Strict Diets?