Americans, of course, love food. We also like trends and staying up to date with hipster-y, Instagram worthy delights such as rainbow-colored anything and monster-sized chocolate shakes. The year 2020 posits several possible trends in the food world that may take off, rather than serving as a continuation of the 2010s obsession with everything local, microbrewery oriented, organic, small-batch, or any other buzzy term you’d like to use. The culinary world is already humming with significant excitement as the new decade reigns its head.

If you’re eager to know the trendy things to expect at your local supermarket or restaurant, then read on below.

While the eights and tens saw the prominence of major chefs, who subsequently proliferated market demand for fancy gadgets and even fancier ingredients, 2020 might bring along a season of relative austerity. Or, just plain focus on back to basics style cooking your grandmother in Milwaukee would approve of. Now, it is more likely that there will be an unironic, open embrace of all things casserole related, as budget cooking takes a front seat to the glittery trends of the past decade. This would be a welcome trend as we’re pretty sick of the self-serious, bloated style of cooking that has outworn its stay.

It feels as though our lives are collectively becoming more and more hectic every day. As more Americans push the limits of their scheduling by taking on second jobs, part-time gigs alongside the school, and a bunch of other means to – literally – put food on the table, time is a precious commodity. Unfortunately, not everyone has time to cook simple, healthful meals for their family. According to our friends over at Freshmealplan.com, the meal plan kit trend shows no sign of slowing down as a result. Busy Americans need pre-planned meals that are easy and quick to make now more than ever, and companies have heard their cries for help. Now, it is possible to find a meal plan kit that fits a variety of diets, from vegetarian, paleo, gluten-free, and so on. We suspect this trend will explode in the coming year.

While there may be a desire to go back to basics, it also seems that there will be plenty of space offered for those who need alternative milk sources, for example. So, 2020 might see more variety in terms of the almond and oat milk trends. Beyond that, restaurateurs will offer lots of alternatives on their menus beyond gluten-free and vegan, as a result of the proliferation of fad diets. So far, the demand has been so huge that it has not been met, but that might change soon.

People who have heard of chocolate hummus are not sure whether to scream in horror or sneak a bite or two of the seemingly inappropriate snack. In 2020, the second inclination might reign supreme as the trend of turning the famous garlicky food into a sweet staple shows no sign of stopping.

The 2010s were all about millennial pink and as a result, rosé was the drink of choice. It seems that 2020, the obsession with everything unicorn and pink will be taken to its logical conclusion as alcohol will be served with a generous helping of glitter. Not the arts and crafts kind, but a refined glitter that is, of course, safe to drink.

Everyone loves their cookie butter and chocolate-hazelnut spreads, but it seems that a greater variety of butter or dips to spread on a thick slice of bread will soon become a huge trend. Especially slightly more savory, “experimental” spreads that mix flavors from well-known cuisines with lesser-known spices. 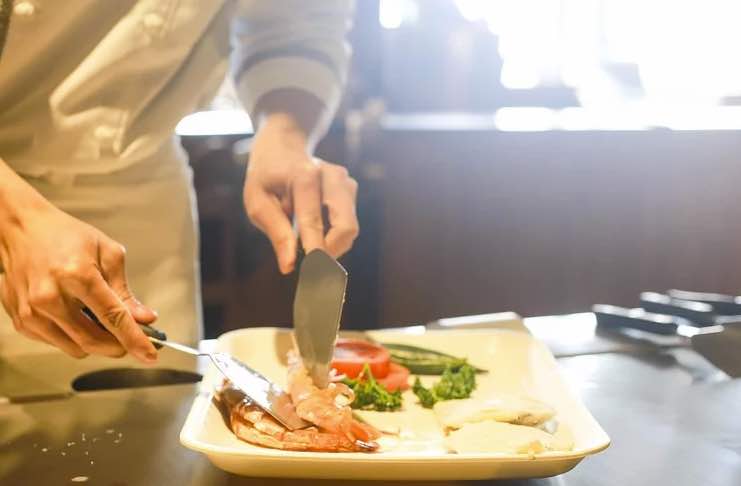 It wasn’t so long ago that restaurants were looked to as wasteful denizens of the planet, throwing out plenty of uneaten food that should have gone to the homeless, using and discarding astronomical amounts of plastic and Styrofoam plates, etc. Now, that is about to change as climate change and sustainable practices are increasingly on the public’s radar. Everything from the introduction of paper straws, to a ban on single-use plastic, and menus highlighting sustainable farming and preparation is bound to be a huge trend.

Given the increasing worries about climate change and its relationship to rampant meat consumption, it is expected that the plant-based “meat” trend will expand. We already have plant-based sausage and even corned beef available in some restaurants, but even more staples will be hitting restaurants and the grocery aisle soon.

CBD is already huge, but we are anticipating that it will be a massive foodie trend in 2020. Right now, CBD can be found in everything from bath and body care products to candles, gummies, and so on. However, the levels aren’t properly regulated, and it is unclear the exact amount used in the products – if at all. This will most probably change as CBDmarijuana legalization becomes more widespread, with people treating the relatively mild CBD as a much-needed alternative to its herby cousin. CBD should be found in higher levels in everything from cookies, to ice cream, coffee-based drinks, and a plethora of snacks. Basically, 2020 will most likely be all about CBD, all the time. Check our 10 places where you can get edible CBD in NYC.

Going to explore a new restaurant is great, but it can admittedly be a bit boring. The trend forecast seems to say that 2020 will be about highlighting dining experiences that are treated like that – experiences. Expect to see more hybrid events, such as fine dining with a film screening, or the act of cooking itself treated as a sport for the amusement of the spectators – or foodies – waiting to be served. Going out to eat will no longer be a simple matter of sitting quietly to enjoy a meal.

So far, it seems that the main culinary trend of 2020 will be about having as much fun as possible while keeping the well being of the environment in mind. It used to be that this felt like two opposing extremes that could not be met – but luckily, 2020 is set to subvert our expectations about being environmentally friendly.

Are Cannabis Drinkables as Popular as Edibles?