The last few times we’ve been on Union Square West, there’s been an Italian ices and ice cream cart called Uncle Gino’s. The cart doesn’t look like anything special, but it’s been so hot and muggy recently, we grabbed a sample to try on the way to a meeting.

The menu does have some less common flavors, such as sour apple or mango ices, and cheesecake ice cream. Italian ices are 2 flavors for $3, so we selected black cherry and watermelon.

We figured at worst this would cool us down, and at best, we would have a new discovery to tell you about. Turns out it was a little of each.

We started with the watermelon ices. They were decent, but nothing special. The watermelon taste was there, but otherwise nothing was distinctive about.

The black cherry on the other hand was a pleasant surprise. The ices were sweet and syrupy, and as we got deeper into it, there were large pieces of actual black cherries.

The black cherry ices were sweet, syrupy, chewy and fruity, hitting all the bases except tart.

Let us know which other flavors we should try next time. 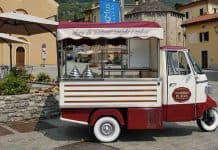 Street Food Desserts That Will Blow Your Mind 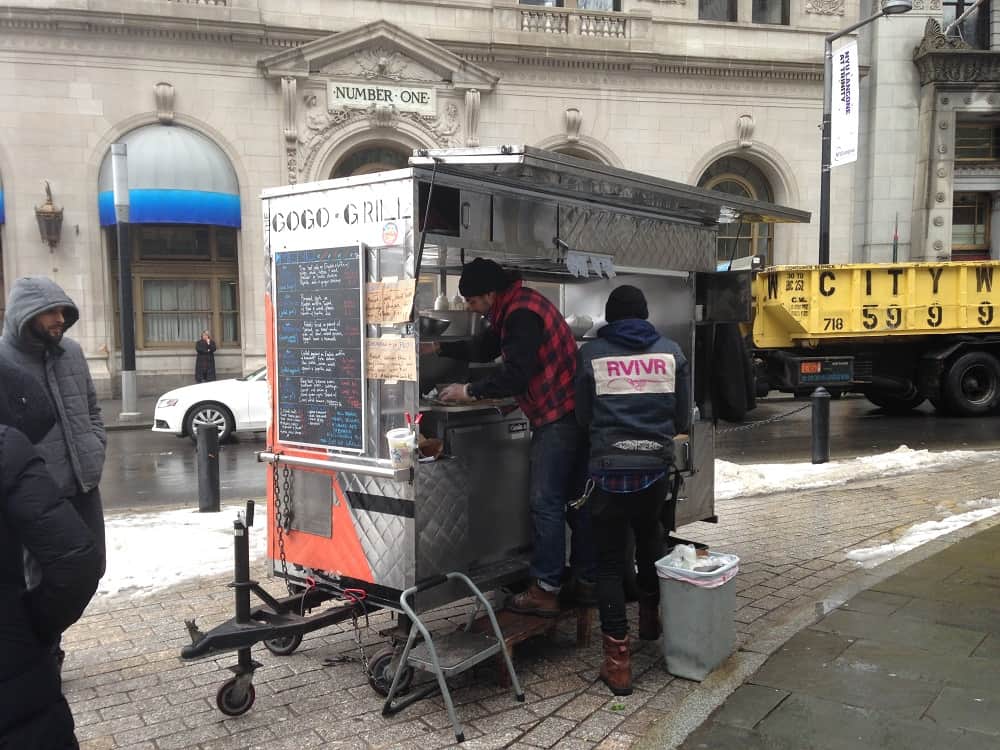 Although the Gogo Grill sounds like some contraption Inspector Gadget uses to cook food while flying on his Gogo Gadget Chopper, the Gogo Grill is actually a lunch cart located in the Financial District that serves a unique variety of foods. With vegetarian and meat options to cater to the desires of all stomachs, I chose the Battery Burger—a quarter...
Read more