Thomas DeGeest may have just opened the Wafels & Dinges Cafe, but that doesn’t mean the 2009 Vendy Award Winner for Best Dessert is taking it easy.

You can’t relax for a second on the street, as seen this morning by Columbus Circle, where the Craffles cart has been parking for a while. As usual, there’s more to the story.

Who was actually there first? Craffles or Wafels & Dinges? Let’s go over some history.

Wafels & Dinges had a nice spot right outside the Time Warner Center for a long time. There were halal and hot dog carts, but no other dessert carts.

In April of this year, Craffles opened by the Museum of Art & Design, 90 degrees around Columbus Circle from the W&D cart. A week or so later, Craffles moved to the front of the Time Warner Center, right next to W&D. Another waffle/dessert cart soon followed.

With 3 waffle carts in front of the Time Warner Center, W&D pulled out for greener pastures.

Since we got back from vacation last weekend, Craffles has been back at their original spot by the Museum of Art & Design…but today the W&D cart was in the spot. Craffles wanted to park there (the guy in the white t-shirt in the photo), but the W&D cart wasn’t going anywhere.

All we can say is – payback’s a bitch!

We have another story to tell about turf wars after speaking with Oleg about the new Schnitzel & Things cart. Check back for our review at lunchtime today, and see what turf wars S&T have been fighting. 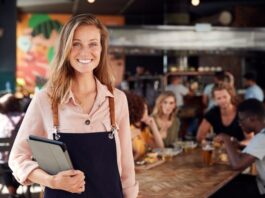 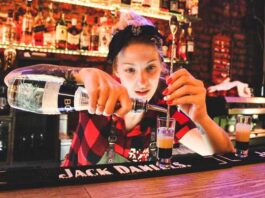 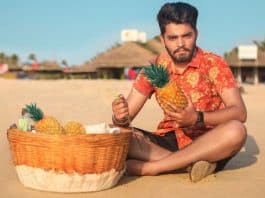