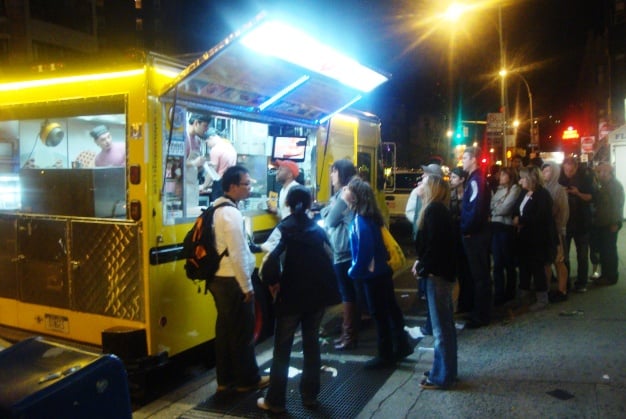 We went out for dinner last night with some friends in the West Village.  Instead of having dessert at the restaurant, we walked around a little, then stopped at the Wafel & Dinges truck for dessert.  Nothing like a warm, tasty wafel on a cool, windy night. 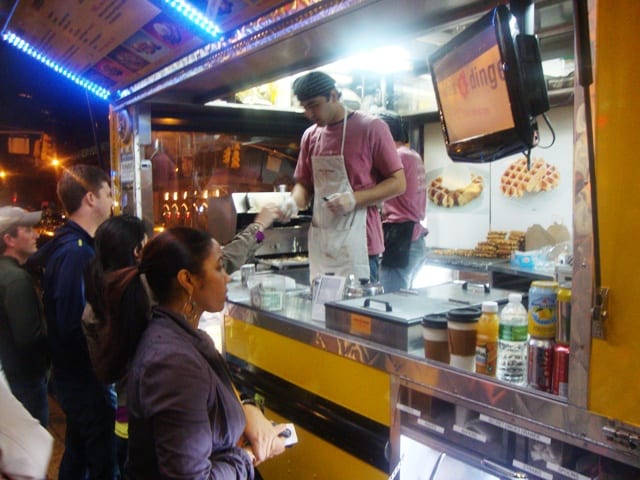 The Wafels & Dinges truck is generally parked in the West Village on weekend nights, usually until midnight or 1am.  Last night it was parked in one of its normal spots on 7th Ave by Christopher St.  There was a line of around 10 people, but we were not going to be denied.  We wanted our wafels!

After about a 5-7 minute wait, we ordered.  If you haven’t tried spekulous, don’t let the funky name put you off.  It has a taste kind of like graham crackers with a consistency similar to peanut butter.  One of us got it with strawberries and one of us got it with chocolate syrup.  Next time I want to try spekulous with bananas.

If you have dinner in the Village or West Village on a weekend, don’t get dessert at the restaurant – walk around a little, then stop by the big yellow truck for some WMD (Wafels of Mass Deliciousness!)