Home Coffee Everything You Need To Know About Mushroom Coffee 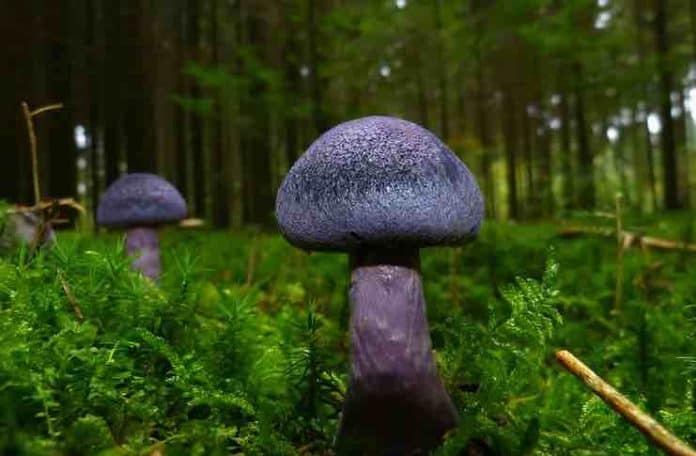 The idea of mushroom coffee might not sound immediately appealing to you. However, hot drinks steeped in mushrooms are actually a very old tradition that appears in cultures throughout the world. Mushrooms offer a broad range of health benefits, and that’s made them a persistently popular choice for teas.  And while mushroom coffee is a little newer – and a little less well known – it offers some distinct benefits of its own.

What is Mushroom Coffee?

At its most basic, this unique coffee is just powdered mushrooms mixed in with ground coffee beans.  And despite the fact that mushroom drinks have been around forever, the coffee idea is far more recent. In fact, mushroom coffee was created out of practical necessity. Due to shortages and rationing efforts during World War II, the Finnish began mixing together mushroom powder with ground coffee. This, in order to help make the latter last longer. You can read more about the history of it here.

However, the creation of mushroom coffee in the 1940s didn’t exactly start a revolution. It’s only been in the past few years that the notion of this healthy coffee has risen to prominence. That’s thanks to the increasing popularity of mushrooms as a health supplement. That said, the formula is largely the  same, with Finland’s native Chaga mushrooms being the most common source of

Well, Mushroom Coffee tastes more like coffee than like mushroom, to a major degree. At least, that’s the case with any well-made coffee. Most of the better brands use less pungent and powerful mushrooms. That means that there isn’t as much of that earthy taste to offset the standard flavor of the coffee. In other words, you aren’t drinking mushroom tea to the flavor, and a bitter and off-putting taste isn’t a sign that it’s getting the job done.

What Are the Benefits of Mushroom Coffee?

Is this delicious coffee good for you? Many studies suggest it is. Mushrooms are definitely in vogue in the health foods market. That has a lot to do with the nearly continuous flow of information about the positive health benefits associated with mushrooms.

Mushrooms in general are such a promising holistic health supplement. They offer you a respectable boost in the minerals, nutrients, and vitamins that you need to stay healthy. But in addition to helping you achieve your daily nutritional balance, they’re also high in antioxidants.

You Get The Advantages of a Superfood

Combine that with signs that mushrooms can help remove plaque from your cardiovascular system, and mushrooms are an eminently sensible choice for maintaining your heart health.

Beyond those potent general advantages that mushrooms offer, you’ll find plenty of benefits that are specific to different breeds of mushrooms. According to Nature’s Happiness, an American-based company that specializes in all-natural health supplements and extracts derived from medicinal mushrooms, some mushrooms seem to possess very specific properties like the ability to slow down mental degeneration or bolster the immune system.

Chaga mushrooms are the most commonly used species of mushrooms for mixing with coffee thanks to their relatively mild flavor but also due to their wide spectrum of health benefits. Chaga mushrooms can improve mental capacity, help protect against the development of cancerous cells, and assist with inflammation.

You get all the advantages of a superfood along with a grab bag of health benefits. And since this healthy coffee typically offers half the caffeine of a more traditional coffee, you don’t have to worry about side effects of caffeine like insomnia, jitteriness, and nausea.

How Do You Find the Right Mushroom Coffee?

You might not be able to tell the difference between mushroom coffee and more traditional coffee at just a taste, but your body will definitely know the difference. This vegan coffee provides a healthy alternative to regular coffee that won’t require you to change up your existing routine in any major way. And brands like MUD\WTR are finding creative ways to perfect their mushroom coffee formulas every day.

Want to read more related coffee posts? Check out the reasons why you should try switching from coffee to Mushroom Latte, or

7 Foods to Pair With Specialty Coffee