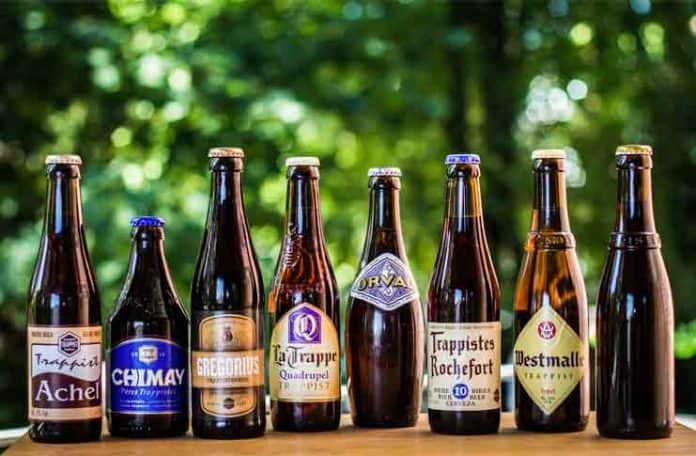 Have you ever visited Goleta? You’ve probably never heard of the place…Well it’s quite a small and young city, only 15 years old, situated in southern Santa Barbara County, California. With a population of barely 56,000, Goleta is probably only known for being located near the University of California, the Santa Barbara campus.

I was visiting a friend down in Goleta, where I met this Beer genius, who probably knew every tiny little thing about any tiny little beer on the planet. He claimed he tasted over 1000 different beers, and knew exactly what was the best food to eat with each. He never studied at that nearby University of California, but he might have been the smartest guy in town, at long as beer was served.

He took me on a cool bar hopping tour where I experienced some unique tastes, visited average bars you’d normally see in NYC, but also some unconventional bars Goleta has to offer. This cool Beer genius taught me some basic rules on how to correlate my beer and my food, and how to make the most of my experience when I’m eating.

There are a lot of ways in which you can improve the taste, flavor and texture of a meal, but one of the most trustworthy is adding a great beverage in there. If you watch YouTube videos you’ve probably seen that the best foods are always paired with their twin-drinks. There are foods that combine great with beer to obtain a master experience that you won’t forget easily. If you Google “best drink for my street food”, beer will probably come up first. If you’re not much of a beer drinker or just don’t pay attention to the different types of beer when you drink, it’s ok. In this article, I’ll briefly share with you what I learned from the Beer genius of Goleta. I learned how it could pay off to explore some bars before I start digging into my pizza, burger or other type of food.

If you’re looking for a beverage to help you wash down this tasty treat, you can definitely trust in beer. Of course, not all beers will do it justice so make sure you go for a nice malt beer that will help you get the most out of the fishy flavors. The combination can do wonders and those that love beer and sushi equally have given it the thumbs up.

When you think of a drink for your cheese, you are most likely thinking about wine. However, even if wine is a great match for cheese, so is beer. Not many know that beer and cheese make a wonderful couple. It’s because the beer carbonation just makes away with the cheesy fat and creates a smashing combination that goes a lot lighter on acidity. If you’re dealing with a strong cheese in your pizza or sandwich make sure to get a beer that can handle it like dark lager or ale.

These foods demand a beverage that won’t just strong arm them. In other words, you need something that won’t overpower them such as a Belgian Saison. That or another light German beer can do wonders for your chicken or seafood meal.

Pasta is in a similar situation but not quite the same boat. For pasta, you still want something that won’t overpower it but you can spring for something like a blond ale but also wheat ale. Both German and American ales work fine. So next time you feel like eating Italian, don’t be afraid to throw in a Belgian Blonde.

Belgian fries, American fries, it doesn’t matter. No matter whom you attribute the best fries to, it’s important to know that fries have a light flavor that can easily be overpowered. You need to make sure that your beverage won’t overshadow them but empower them. For that, your best bet is a light lager, German if possible. Oktoberfest beers are great with fries but so are Belgian beers like Stella Artois. These beers really bring out the flavor in these salty, delicious snacks

So there you have it. If you’re going out for a bite, don’t just eat on a dry stomach. Make sure to get a great beer that makes the meal even better. You’ll definitely thank yourself after you swallow that last bite and take the last sip of your beer as you plunge into absolute bliss

8 Factors Behind the Rise in Popularity of Craft Beer

The Health Benefits Of Milk Powder