We first ran across Paty’s Tacos on the Upper East Side, where they were fixtures on 86th St & Lexington Ave for a long time. A couple of years ago, Paty’s was forced out of the area by complaints from local businesses, which is not unusual with popular food trucks.

Paty’s is now on Union Square West by 14th St, and I decided to try a Mexican dish I’ve never had before – tlacoyos (lah-koy-yoz), which cost $6.  I offer the pronunciation because I had no idea how to say it until the woman in the truck told me how.

You can’t see how a tlacoyo is made from the photo above, so let’s build this from the bottom up.

It starts with a corn tortilla stuffed with beans that’s shaped like a surfboard.

On top of the tortilla is your choice of meat (I got chorizo), lettuce, tomato, onions, crumbled cojita cheese, cilantro, crema, and a few thin avocado slices.

To put it in other terms, this lunch was like eating salad first, then down to the main course (chorizo), then the bread (tortilla).

The avocado, lettuce, tomato, crema and cheese were all fresh, with the cojita cheese adding a little saltiness to the mix.

The chorizo wasn’t spicy, but it was tasty, and not oily either.  Some chorizo can be quite oily, but this wasn’t.

The thick tortilla base had a pronounced corn taste, and the beans in the middle added some heft and a little black bean flavor.

Paty’s Tacos has much more than tacos.  In addition to tortas, quesadillas and the like, they have a specials menu with fajitas, buffalo and bbq chicken wraps, 4 different types of burritos, and even a Mexican gyro.

There are accounts on Facebook and Twitter for Paty’s Tacos, but there’s hardly any activity.  My suggestion is to go down to Union Square West and look for the big, neon TACOS sign on the front of the truck.

As for the spelling, some signs on the truck say Paty’s and some say Patty’s. Their business cards say Paty’s, so that’s what we’re going with. 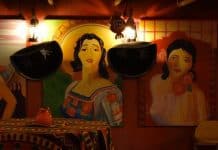 Tips For Being The Best Food Truck Customer 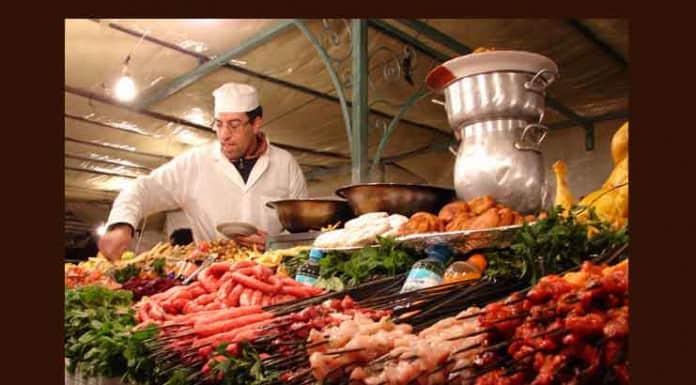 Nearly every time I've had lunch in the 6th Ave/40's corridor, there was a small line at Mr. Khan's Best Halal Food on the NE corner of 45th St & 6th Ave (actually a little in from the corner).  Time to give this place a try.  Today's Lunch is a chicken/lamb combo with white sauce and hot sauce ($5.50). ...
Read more