Home Japanese 5 Great Foods from Around the World (That You Can Find in... 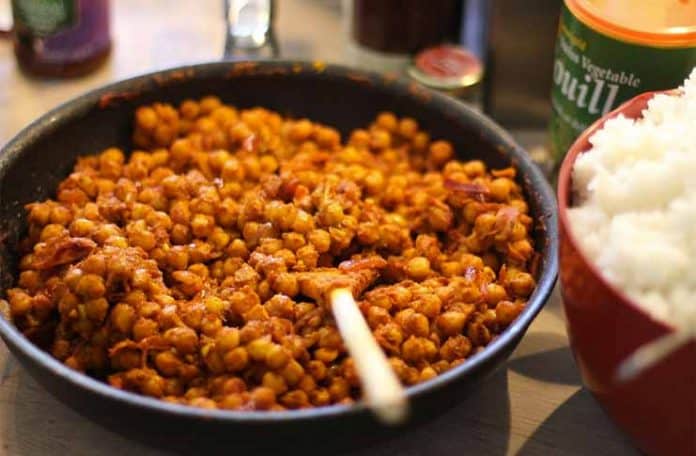 New York is one of the world’s most famous melting pots, and nowhere is this more evident than its cuisine. From spicy Latin dishes to sweet European delicacies, the food trucks of NYC are filled with all kinds of tastes, textures and aromas, and it’s up to you to decide which to have for lunch. If you need a little inspiration, here are just five international dishes that will make your eyes pop!

Derived from a word meaning “how you like” or “what you like,” okonomiyaki is a thick, savory pancake that can be made with everything but the kitchen sink. The most famous kind is served up sizzling hot and criss-crossed with mayonnaise, but you can also find okonomiyaki topped or mixed with things like octopus, squid, scallions, radishes, cabbage and seaweed flakes. Some regions in Japan even sell a variant called mori dakusan; it means “piled high” and refers to the sheer amount of ingredients that you can put on your pancake.

This sweet dessert is the perfect pick-me-up after a long day. It’s basically a pastry filled with nuts, dates and almond paste, but it has a one-of-a-kind flavor thanks to the wheat middlings that make up its dough. Typically fried but sometimes baked, it’s also common to see makroudh glazed and dripping with honey. It’s a mouth-watering snack that will go great with any kind of coffee, so don’t hesitate to combine it with your favorite homemade java. 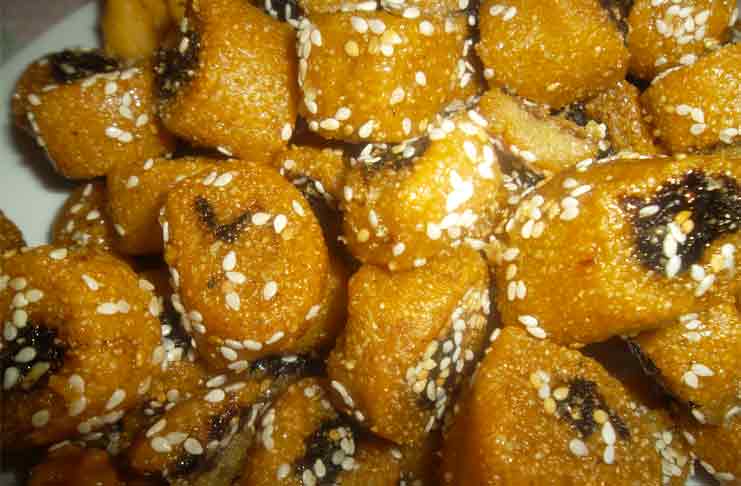 A common dish in both India and Pakistan, chana masala is made with a special kind of chickpea that has a smaller body and stronger taste than traditional chickpeas. It also includes onion, garlic, ginger, chili pepper and a variety of spices like coriander and cumin. With its bold, dry flavor, it’s definitely not a dish for the faint of heart, but it’s a favorite among the thrill-seekers of the street food community. It’s also a popular vegetarian option for those who enjoy exotic tastes without exotic meats! (See the first picture above!)

You’ve probably seen bibimbap around the international food carts of New York. With its distinctive yellow egg perched atop white rice and green vegetables, it’s a colorful dish that really stands out from the crowd. But did you know that bibimbap has a lot more to offer than just steamed veggies? Depending on its cook, bibimbap can be made with cucumbers, mushrooms, soybeans, zucchini or tofu. It can be spiced up with all kinds of steaming meats and chili pepper pastes. There are even bibimbap dishes made with raw fish if you’re really feeling adventurous!

Not quite a burrito but more refined than a taco, the pupusa is a stuffed tortilla that contains meats and cheeses. It’s a popular food truck dish because it’s so easy to make, but don’t let its simplicity fool you! The ideal pupusa is a marriage of flavors that can range from hearty chicken and pork to spicy jalapeño and avocado. It’s also commonly served with a tart coleslaw made from relish and lime juice, so it’s not something that you can just pick up at the local Taco Bell. It’s an authentic Salvadorian dish that has a lot to offer, so the next time that you see it being advertised by a street vendor in New York, give it a try.

These are just a few unique dishes from around the world that can be found in New York. The world is your oyster, so take a bite!